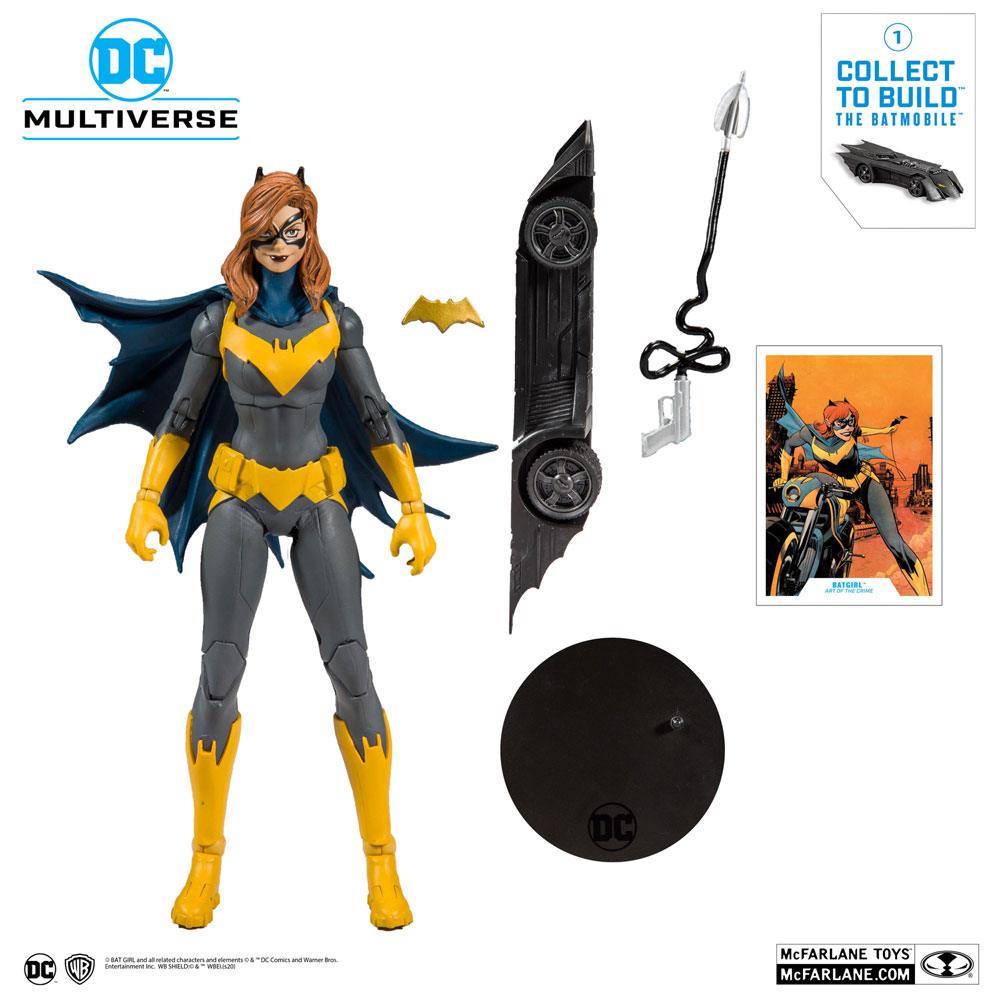 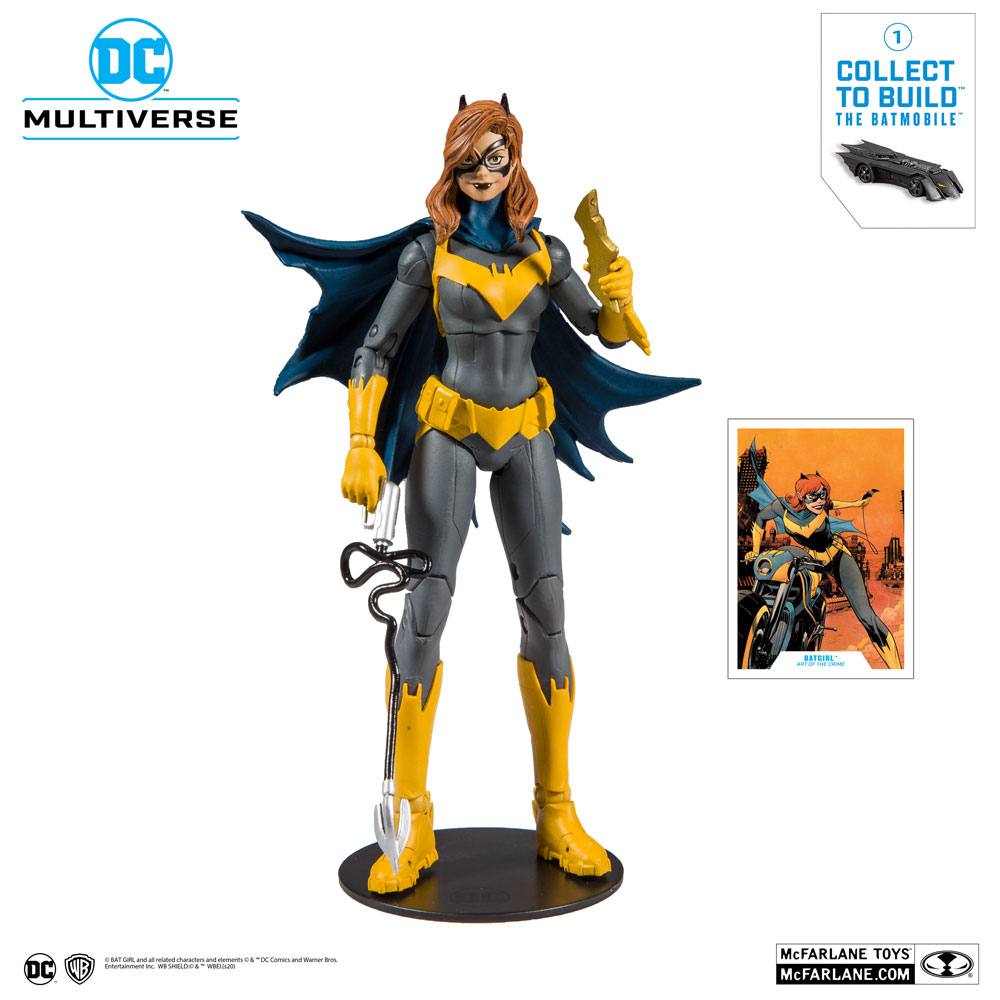 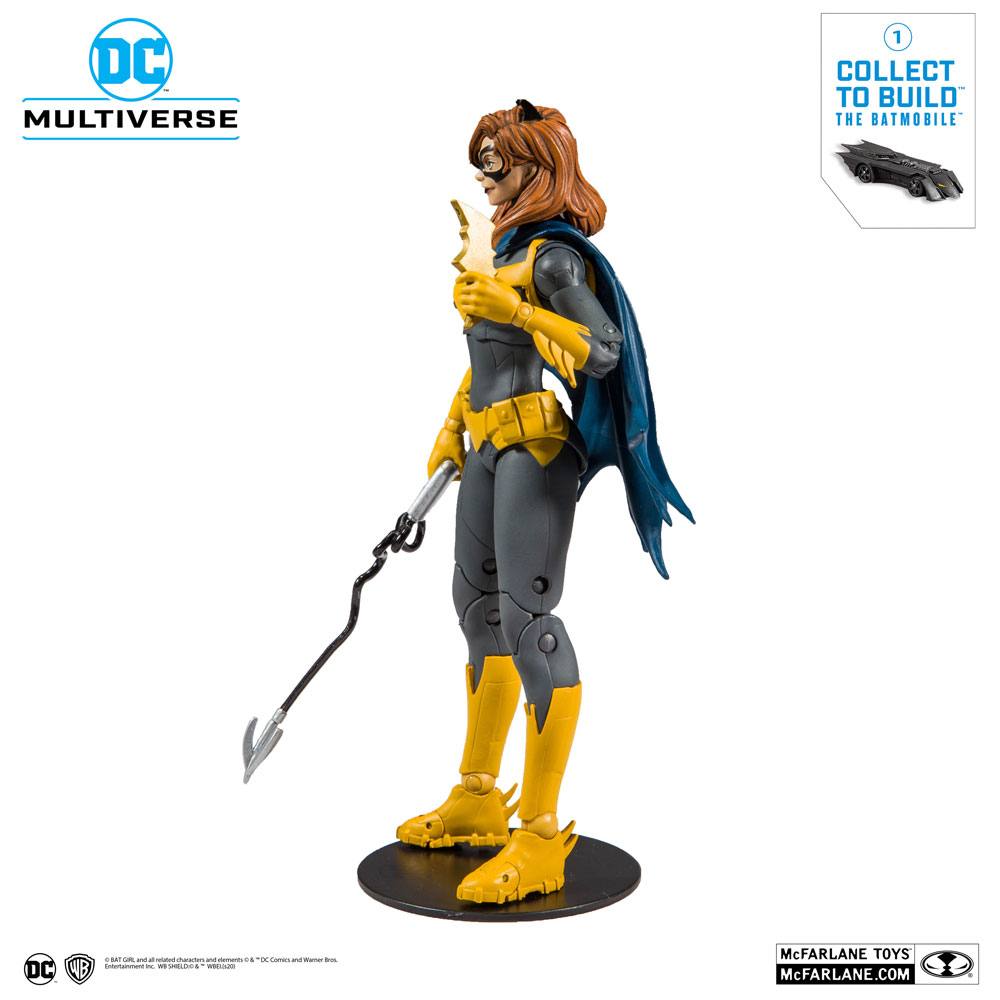 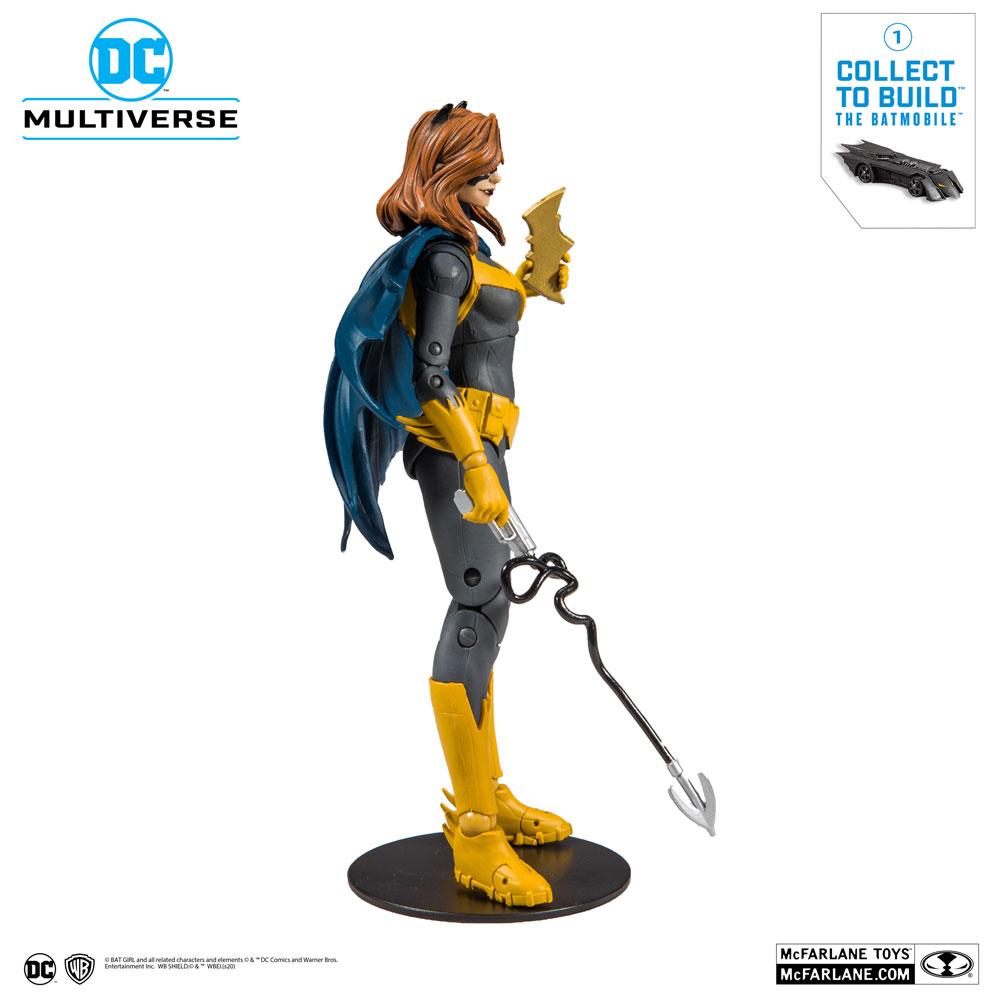 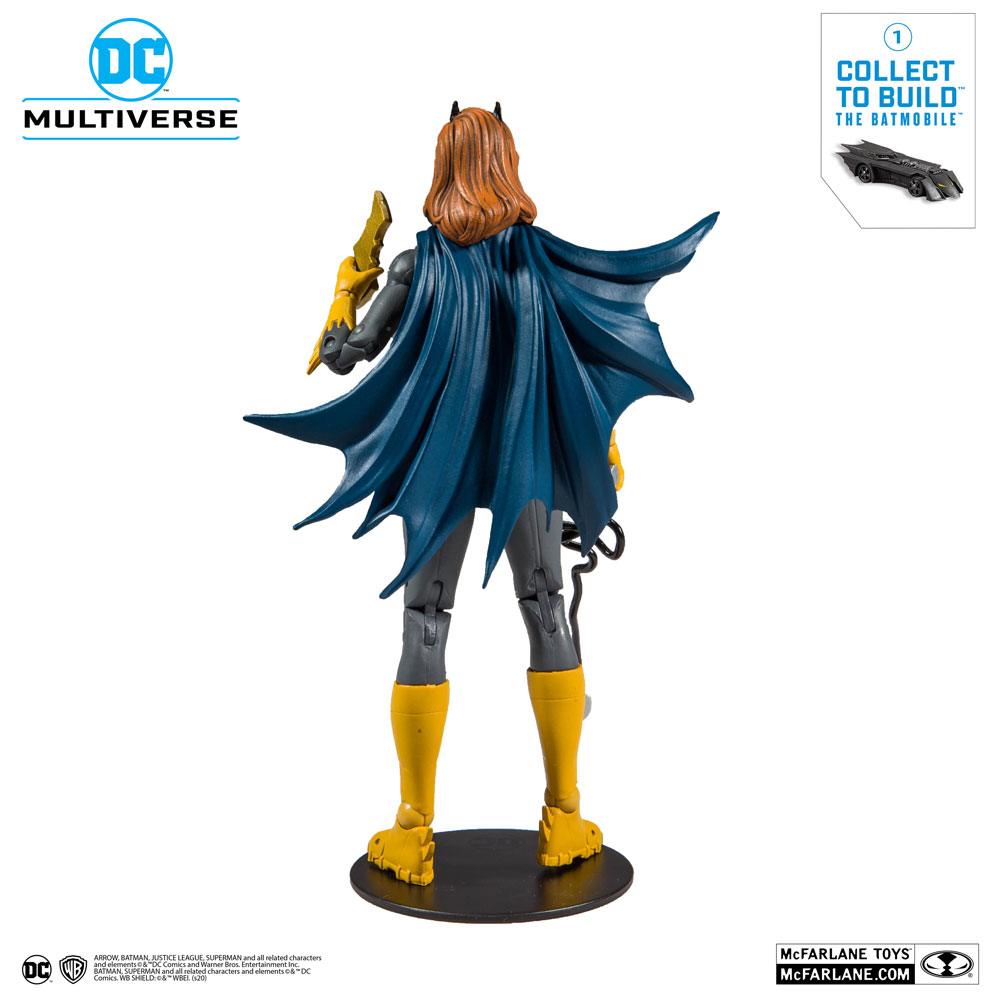 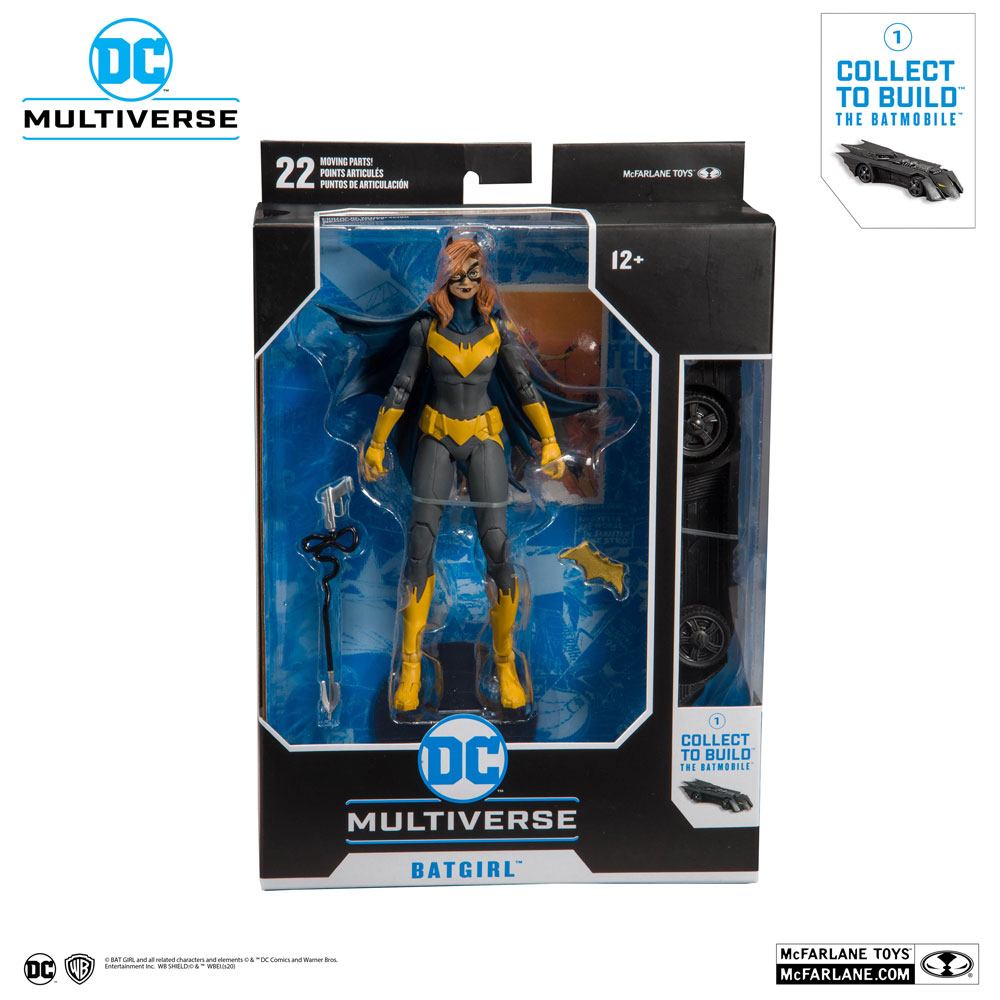 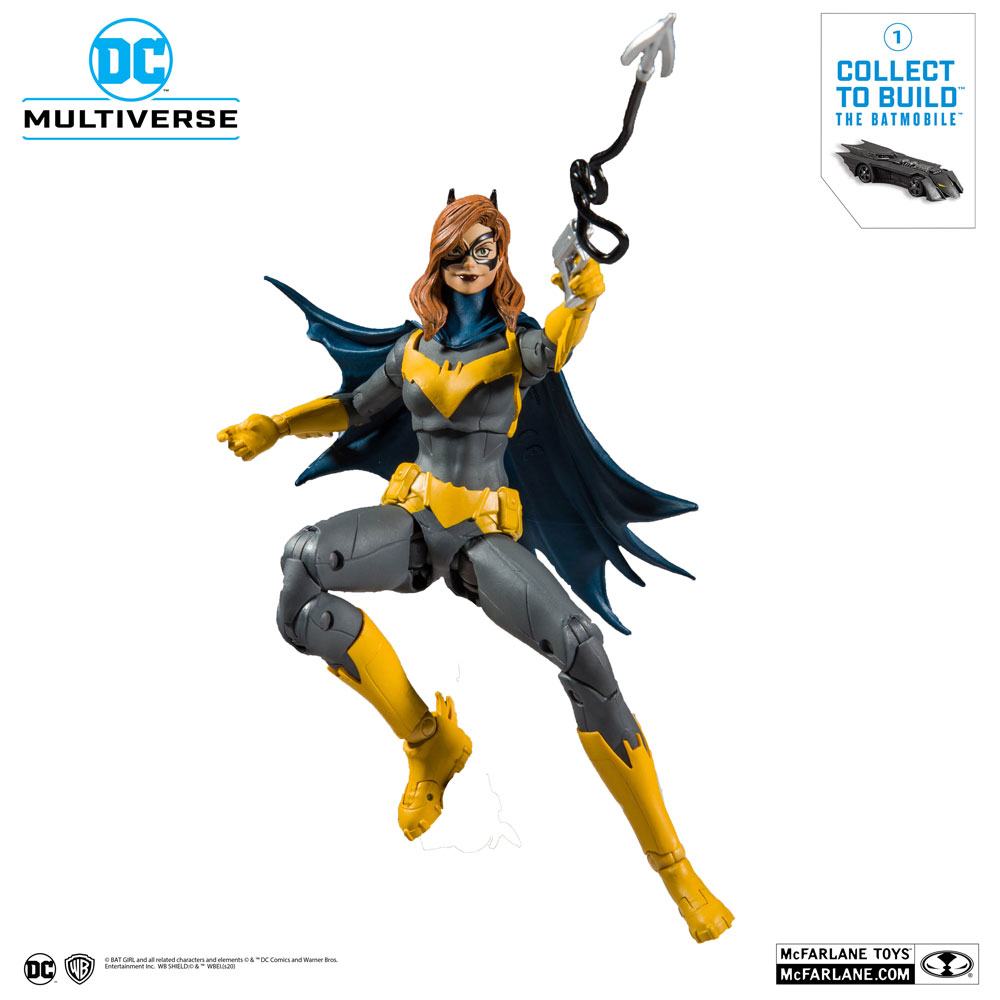 Straight from the "DC Rebirth" comic comes this highly detailed action figure. It stands approx. 18 cm tall and comes with accessories and base in a collector edition window box.

Each figure of the "Build A" series comes with an additional part (1 of 3) to build a 18 cm long bat mobile.

By day, Barbara Gordon is the bookish daughter of the Gotham City Police Commissioner, Jim Gordon. By night, Barbara dons a cape and cowl as Batgirl, committed to justice like her father. While her Utility Belt is equipped with Batarangs and other crime-fighting gadgets, her greatest tools are her brilliant mind and her unwavering determination. Batgirl is an expert martial artist and gymnast, trained in part by Batman, who's extremely athletic and agile. Her eidetic memory, heightened intelligence, and advanced knowledge of computers makes her a natural leader and skilled crime fighter.

- Incredibly detailed 7" scale figures based off the DC Multiverse
- Designed with Ultra Articulation with up to 22 moving parts for full range of posing and play
- Figures are showcased in DC themed window box packaging
- Included collectable art card with DC Rebirth Batgirl artwork on the front, and character biography on the back
- Batgirl is part of a 3-figure collector set, that includes a piece of a Build-A-Batmobile featured in the DC Rebirth Comic
- Collect all 3 figures; Batgirl, Nightwing and the Batman Who Laughs to fully assemble the bonus Batmobile. Figures sold separately.
- Buildable Batmobile features rolling wheels and is 7 inches in length when fully assembled

My Hero Academia Nendoroid Action Figure All Might 11 cm