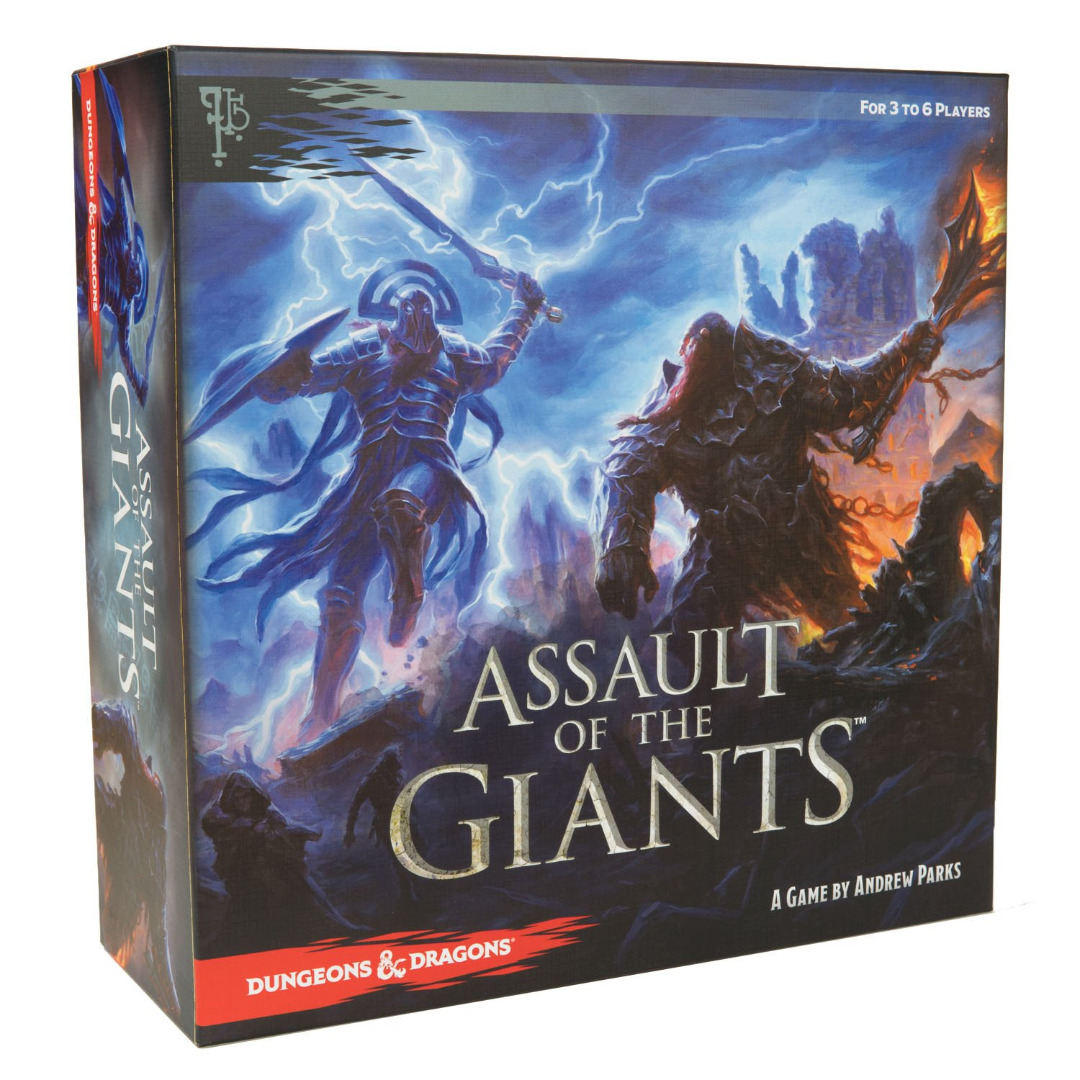 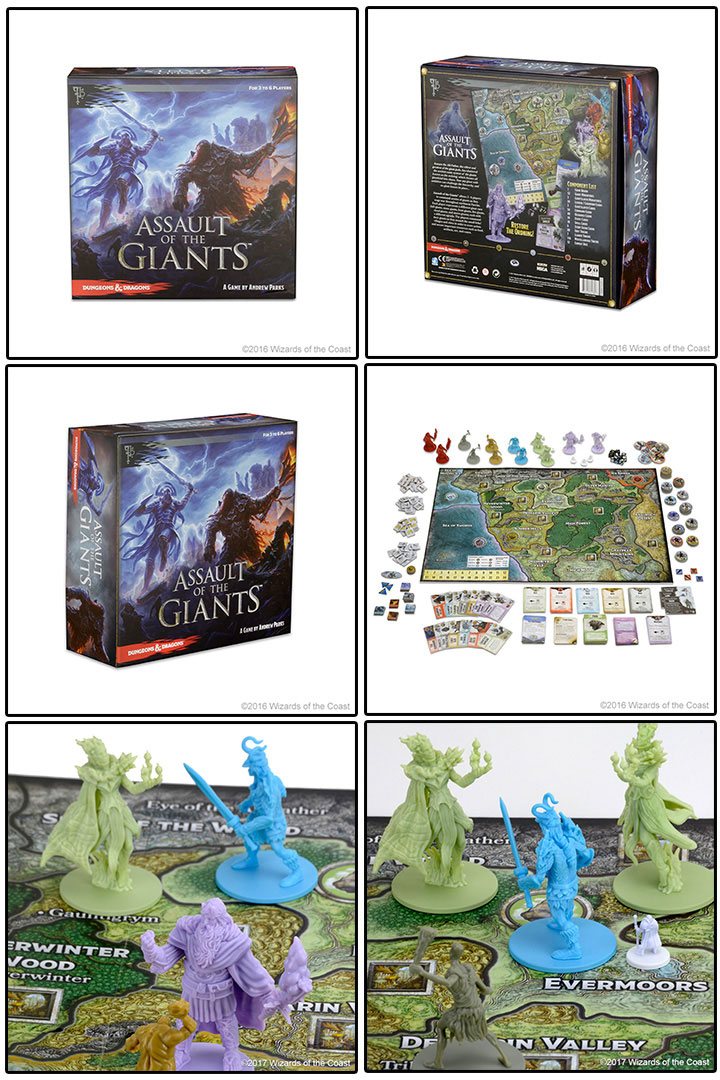 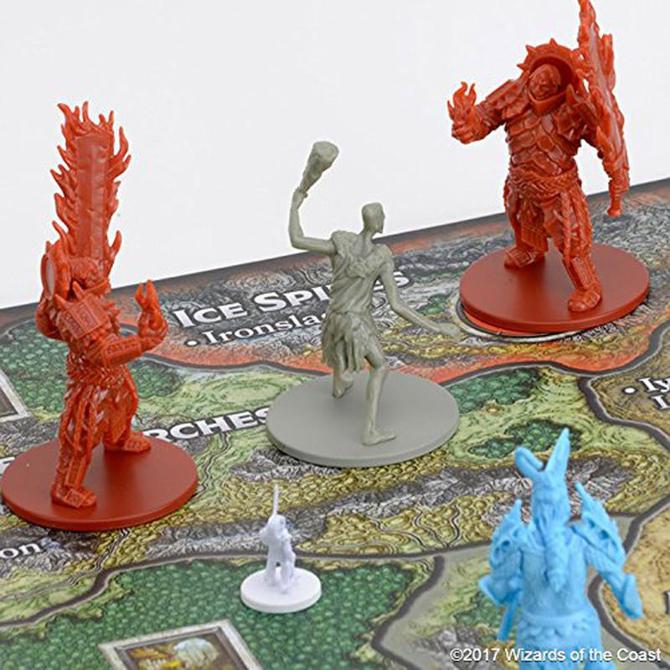 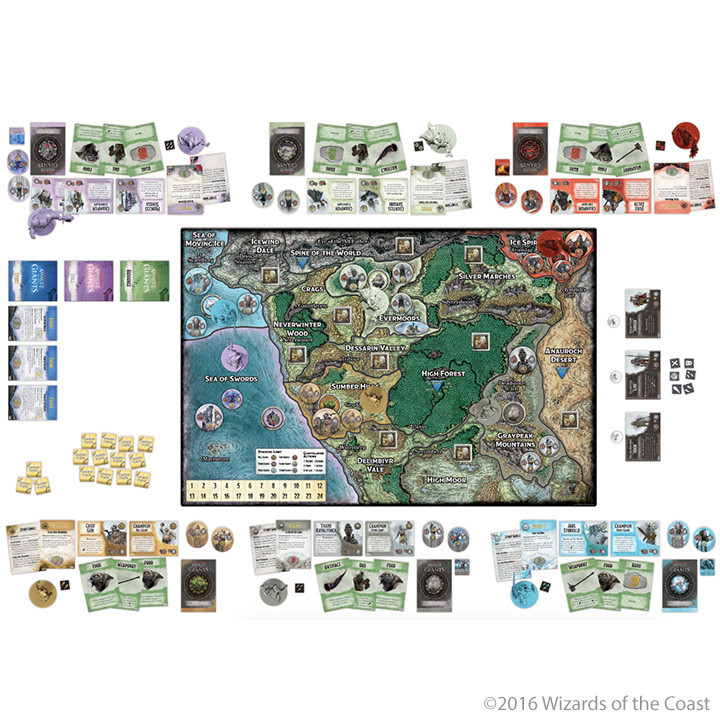 Dungeons and Dragons: Assault of the Giants Board Game *English Version*

D&D Assault of the Giants Board Game *English Version*

Assault of the Giants is a new Dungeons & Dragons board game designed by Andrew Parks. Designed for 3-6 players, Assault of the Giants challenges players to command one of the six types of giants and claim the right to rule over all giantkind. Command giants and assault settlements to score points and secure important resources, including food, treasure, ore, and runes. Contents include 12 Giants miniatures, injection molded in color, measuring from approximately 20mm to over 90mm in height, and three Giantslayers!

Each player issues commands to his or her giants in the form of command cards (recruit, move, attack, pillage, and so on). This allows players to recruit new giants, send them out to attack settlements and other giants, and also to pursue special agendas based upon their race. For example, the Storm Giants seek to restore their lost monarch, King Hekaton. The Cloud Giants seek an ancient dragon treasure trove, and the Hill Giants seek an abundance of food with which to feed their massive monarch, Chief Guh.

In Assault of the Giants players send their giants out to wage war on each other and the small folk, but the game's real strategy lies in each player's ability to pursue their giant race's unique agenda, not only through combat but also through clever cardplay.