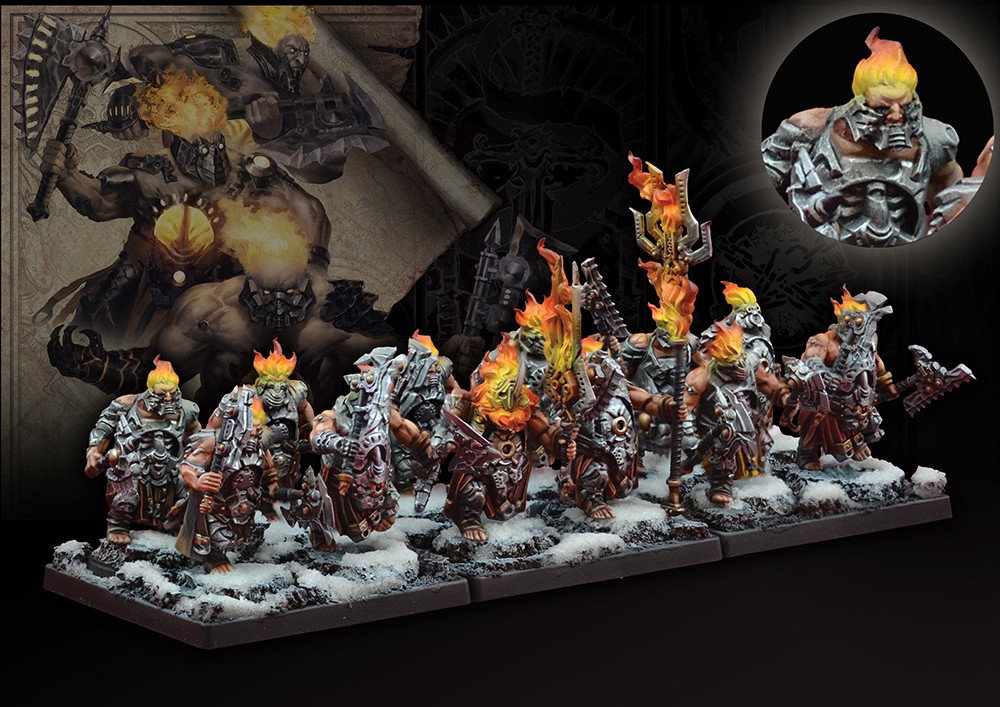 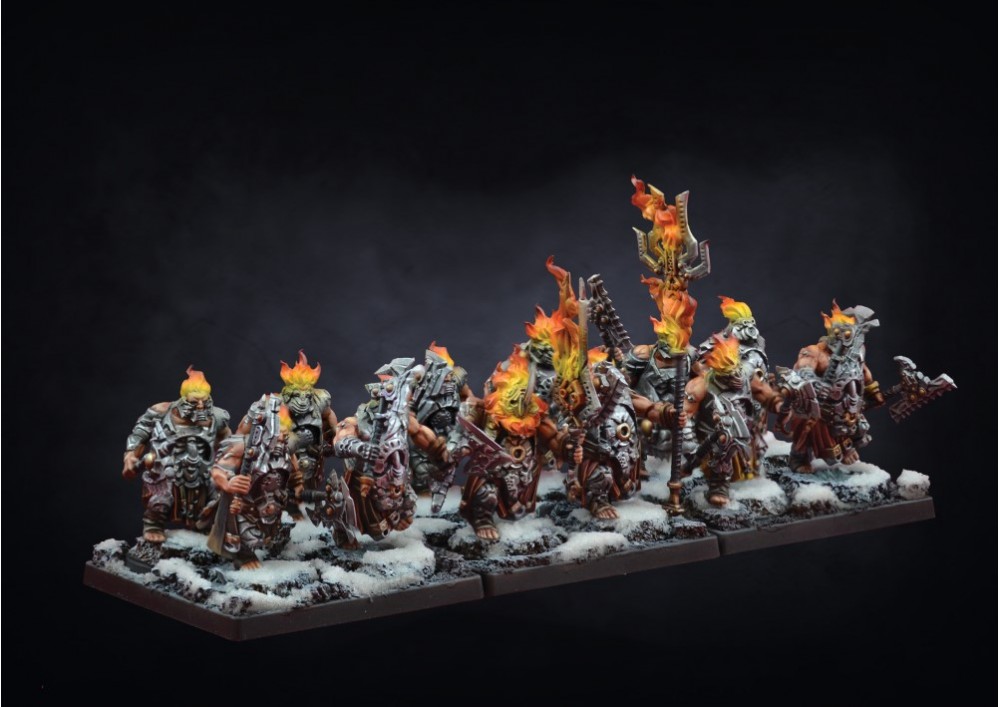 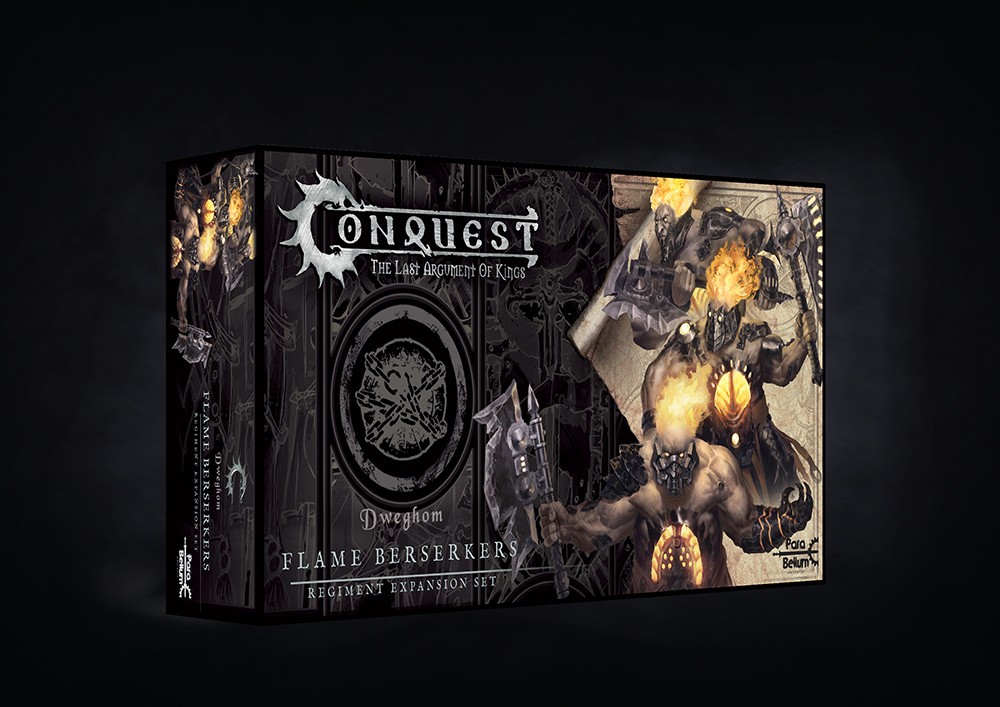 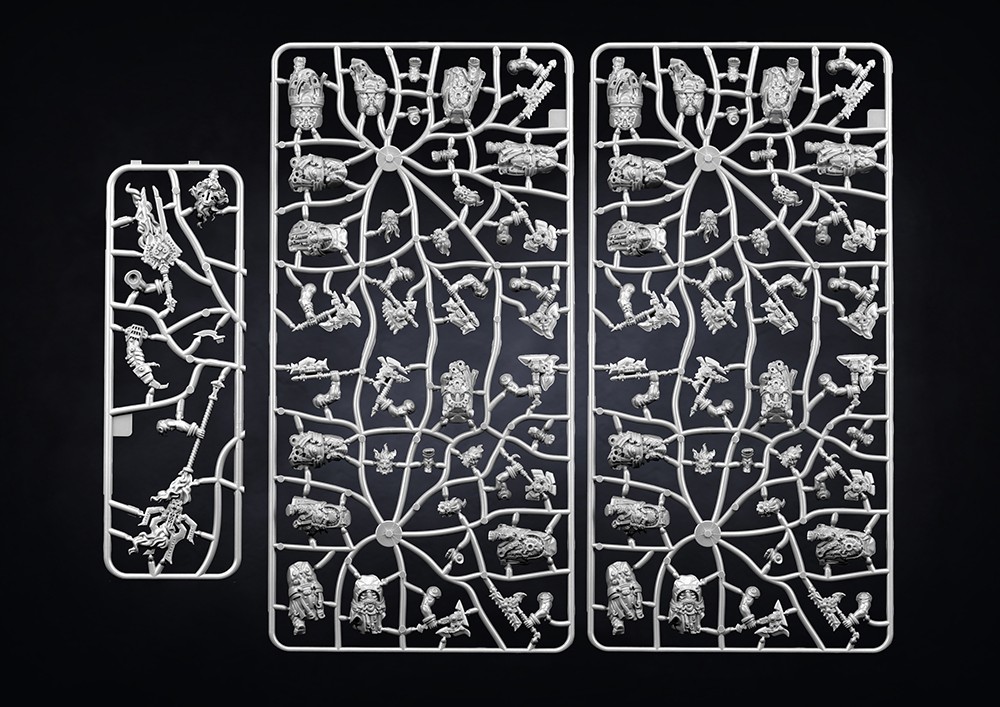 Among the Ardent, Flame Berserkers are a small brotherhood who, gifted beyond their peers with the raw power of the Element of Fire, do not seek to master or tame it, but rather embody it. For most, this transition happens during the Dheukorro, the Descent, the trail of passage all Ardent must complete to prove their devotion. None speak of what happens in the deep, but when they return they are changed: their bodies sport crude implants that compensate for those losses they have suffered to foe or flame, while their obsidian arms and what little armor they bear are impervious to the flame and heat they generate. In their mind, the trade is a favorable one: life for glory, time for worth.

It is this, above all the other overwhelming advantages, that make Flame Berserkers such a terrifying foe to face.   Only when one faces them on the field of battle can one truly grasp that behind the swirling flames and red-hot flurry of axes, lies a being that has consciously chosen self-immolation over survival; destruction over preservation; the death of their foes at the price of their own.