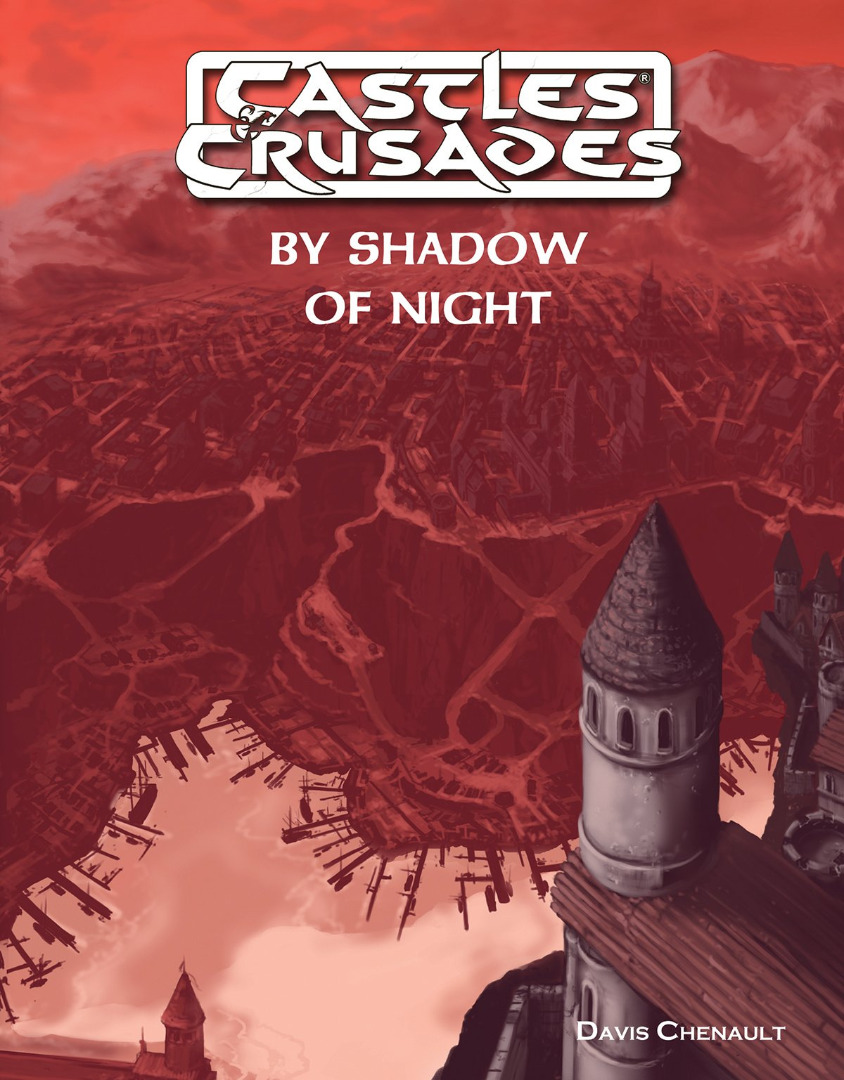 Castles and Crusades RPG: By Shadow of Night RPG Book

Castles and Crusades RPG: By Shadow of Night RPG Book

The City of Bergholt lies upon the southern shores of the Interzae. Her crumbling walls and ancient cobbled streets are little more than a backwater, controlled by powerful merchants and thieves. In these darkened streets and twisted alleys people claw their way to the top through violence and guile. In Bergholt, fear lingers in every shadow. A city sourcebook for Castles & Crusades, By Shadow of Night features a complete, detailed description of Bergholt, a rich cast of NPCs with their own plots and plans, and over 20 encounter areas, including a small dungeon and a large fold-out map of the city.