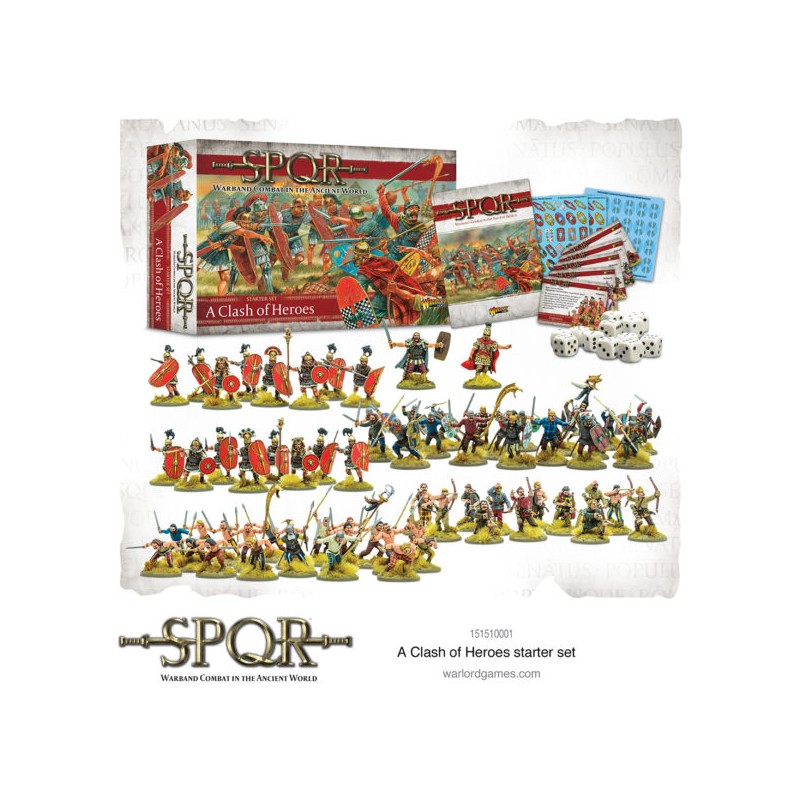 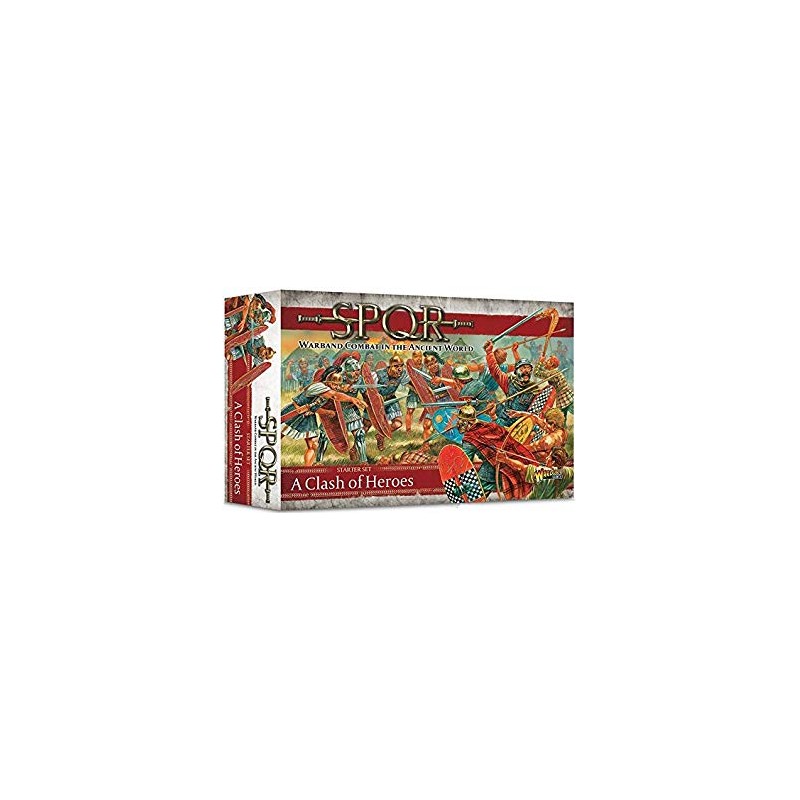 With a lightning-fast and easy to play system, SPQR allows you to build a complete warband capable of scouting out enemy armies, clashing across borders, and conducting raids on farms and villages.

Units in SPQR are divided into two broad categories; heroes and minions. Units of 5 or more Minions form the bulk of your warband, faceless henchmen who have been sworn into your service.

Heroes are powerful individuals that will grow in stature from battle to battle, gaining new talents and becoming true legends!

Each warband features specialised scenarios to reflect its own tactics and methods of waging war.

SPQR contains a complete campaign system along with a detailed progression system for your heroes, allowing you to customise how they fight on the ancient battlefield! This is what sets SQPR apart - forge your own destiny and join the battle!