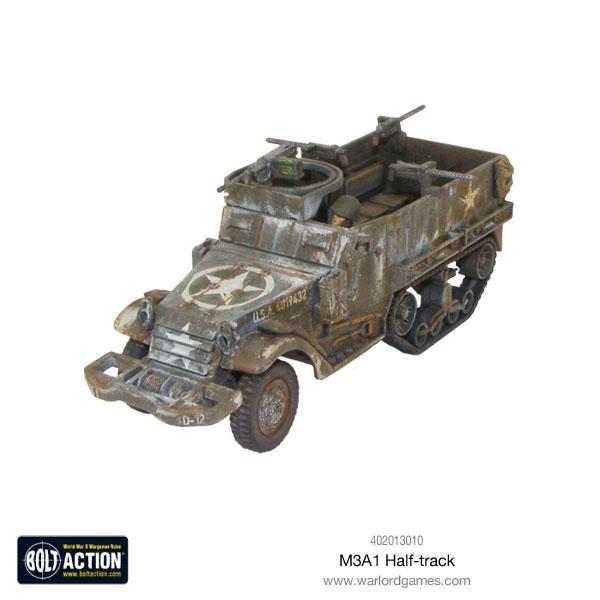 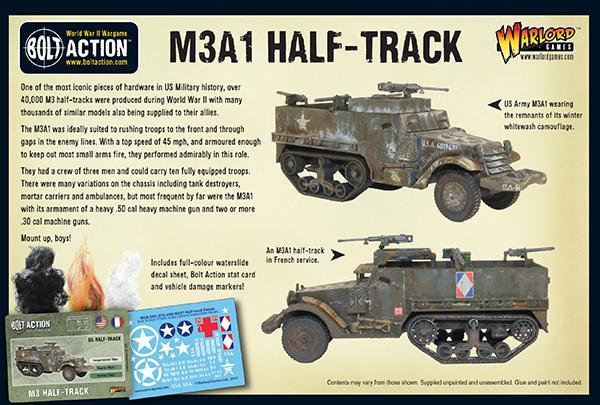 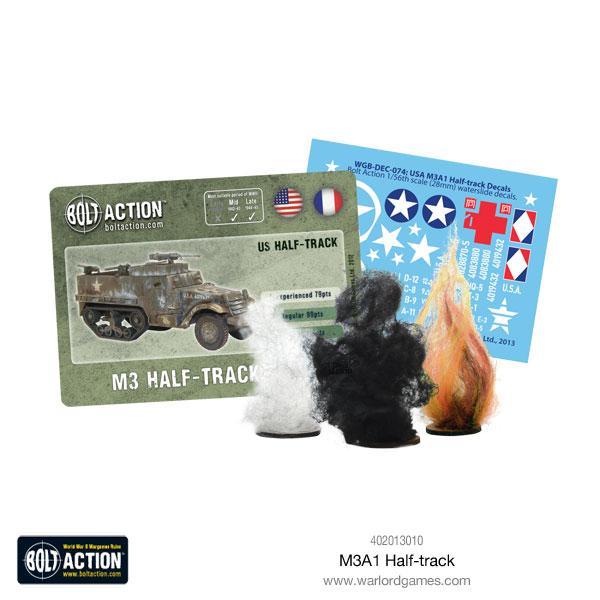 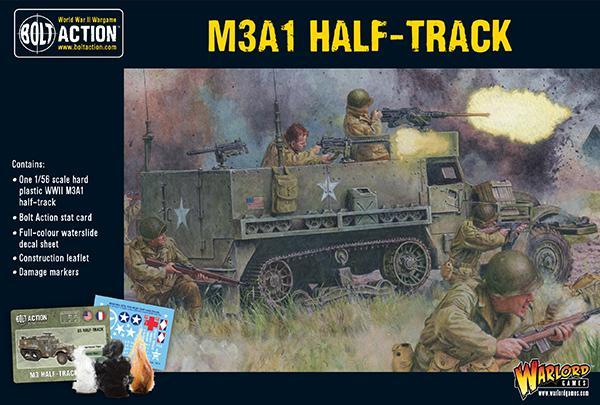 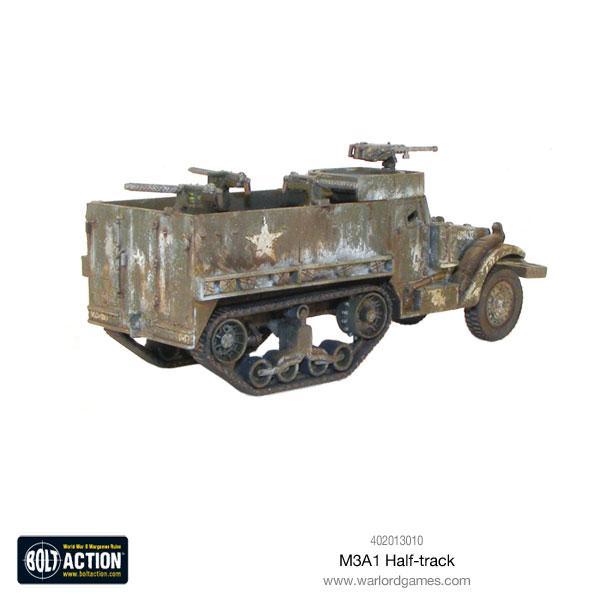 One of the most iconic pieces of hardware in US Military history, over 40,000 M3 half-tracks were produced during World War II with many thousands of similar models also being supplied to their allies.

The M3A1 was ideally suited to rushing troops to the front and through gaps in the enemy lines. With a top speed of 45 mph, and armoured enough to keep out most small arms fire, they performed admirably in this role.

They had a crew of three men and could carry ten fully equipped troops. There were many variations on the chassis including tank destroyers, mortar carriers and ambulances, but most frequent by far were the M3A1 with its armament of a heavy .50 cal heavy machine gun and two or more .30 cal machine guns.