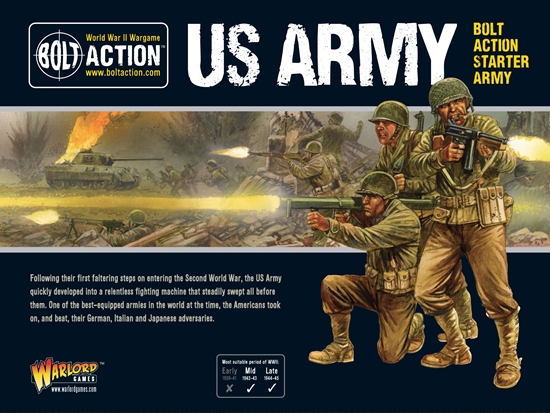 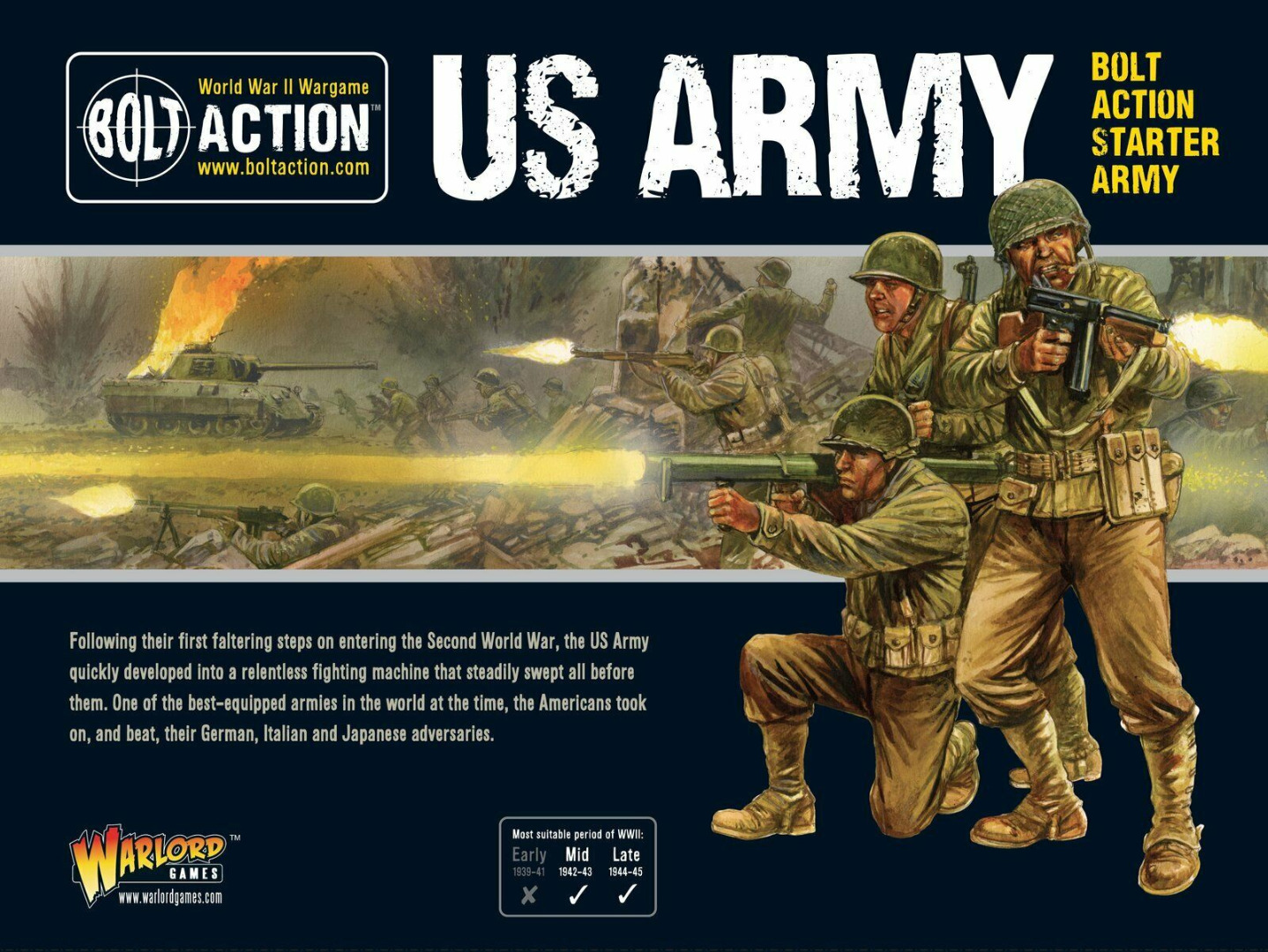 One of the best-equipped armies in the world at the time, the Americans took on, and beat, their German, Italian and Japanese adversaries.

This boxed set contains a great starting point for a force of US Army troops in uniforms ideal for service in the Mediterranean, Italy, or North West Europe between 1941 and 1945. This starter force has all bases covered - firepower, boots on the ground and speed – providing the perfect core for your GI army. Check your weapons and load up with ammo. America has joined the fight against the Axis – send the boys in!