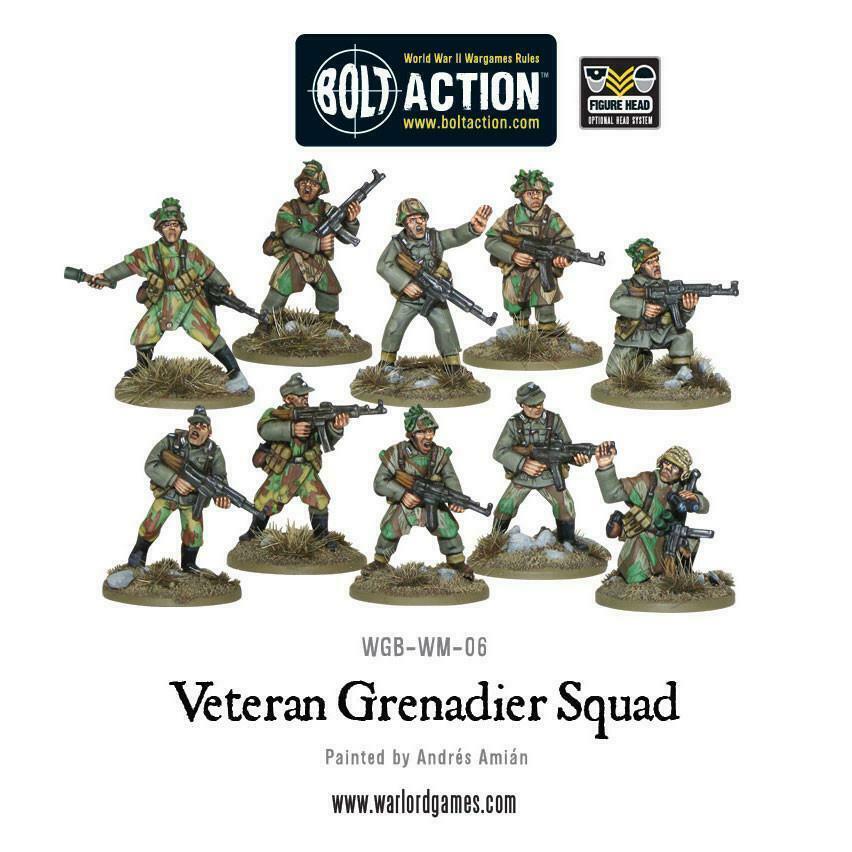 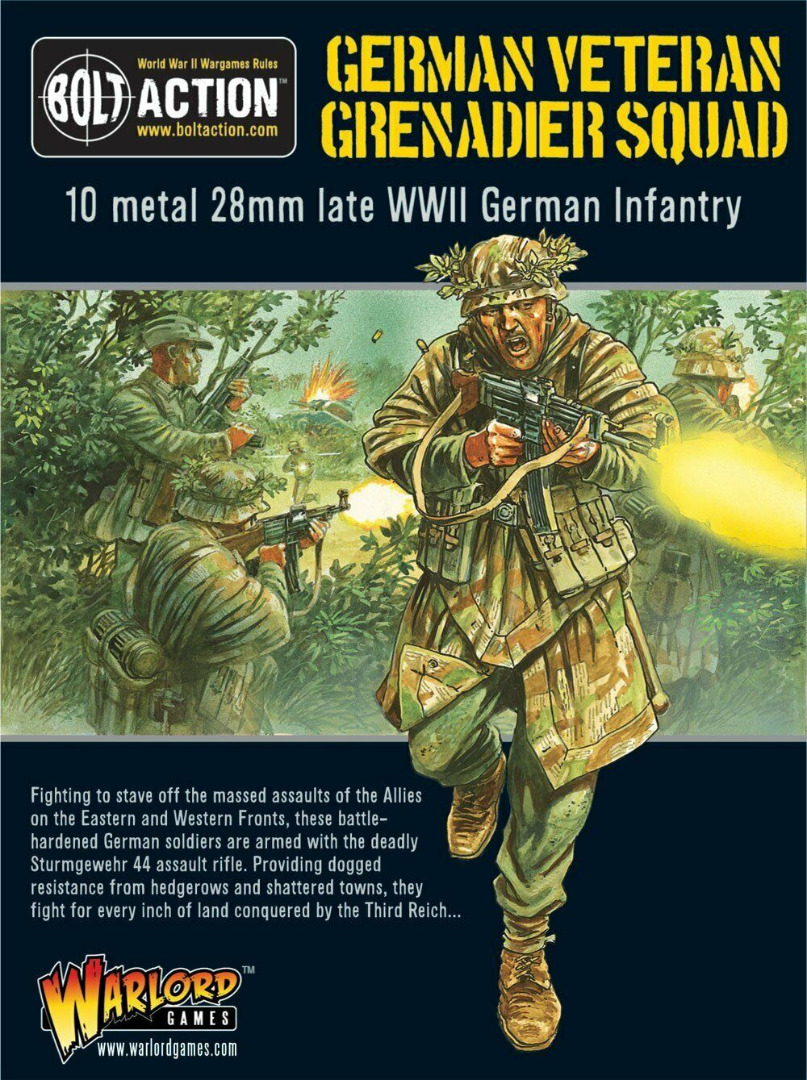 Fighting to stave off the massed assaults of the Allies on the Eastern and Western Fronts, these battle- hardened German soldiers are armed with the deadly Sturmgewehr 44 assault rifle. Providing dogged resistance from hedgerows and shattered towns, they fight for every inch of land conquered by the Third Reich...

The boxed set contains 10 metal infantry figures each armed with an STG44 assault rifle. All figures have separate heads allowing you to build your squad in a variety of ways. Several are wearing their zeltbahn tent quarters as camouflaged capes. The zeltbahn has been painted in traditional spinter pattern but also some are made from Italian Airborne camo material - something German forces were prone to use for trousers, tunics and zeltbahn.