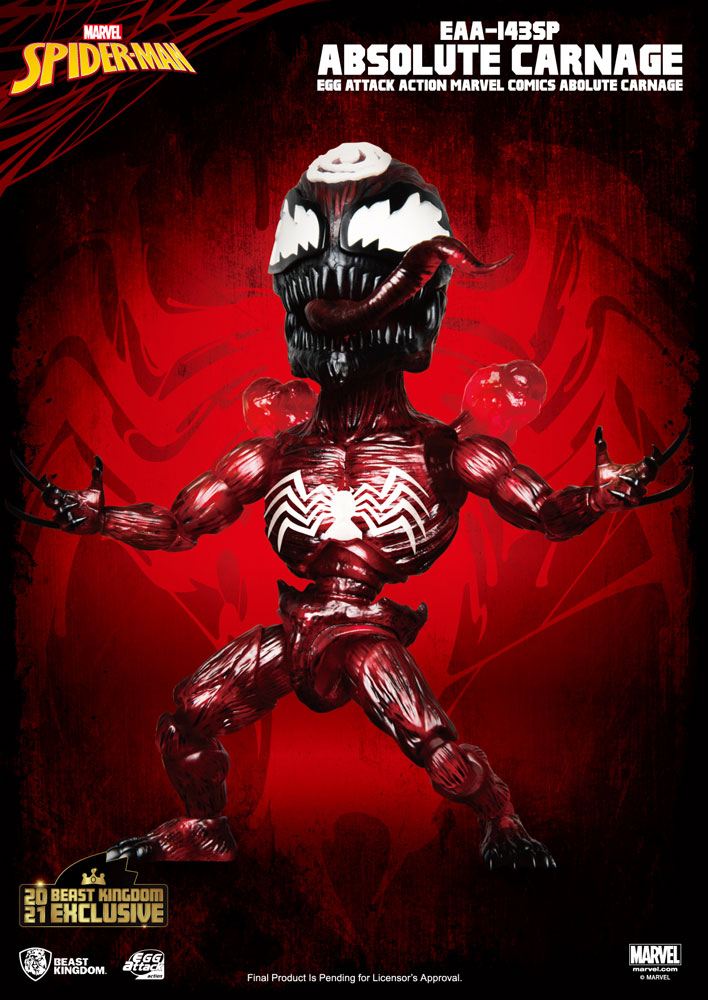 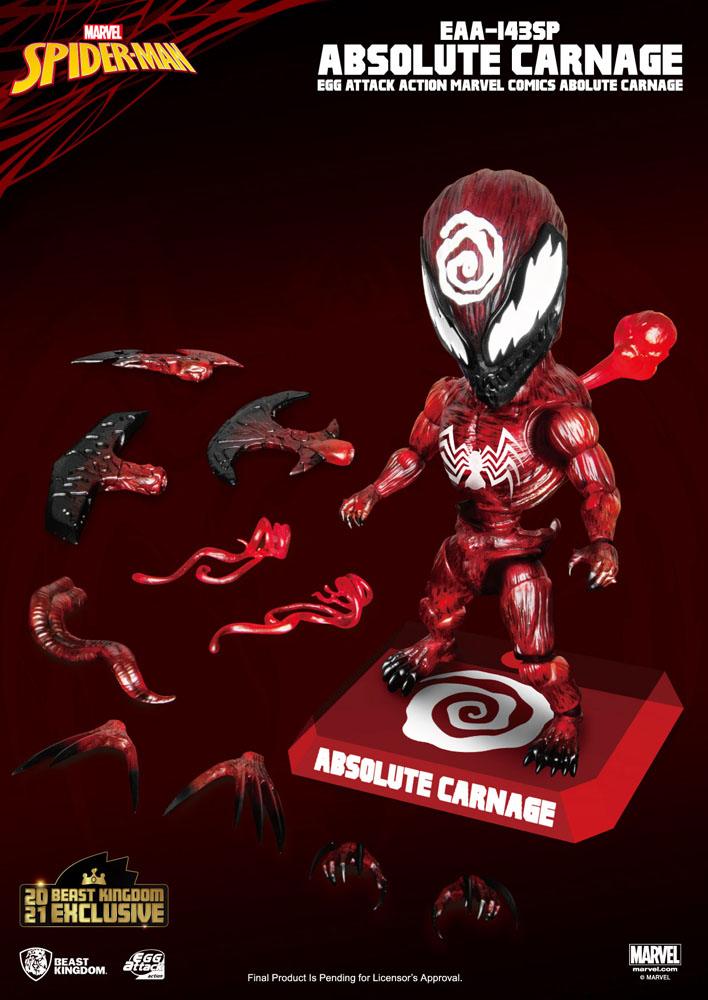 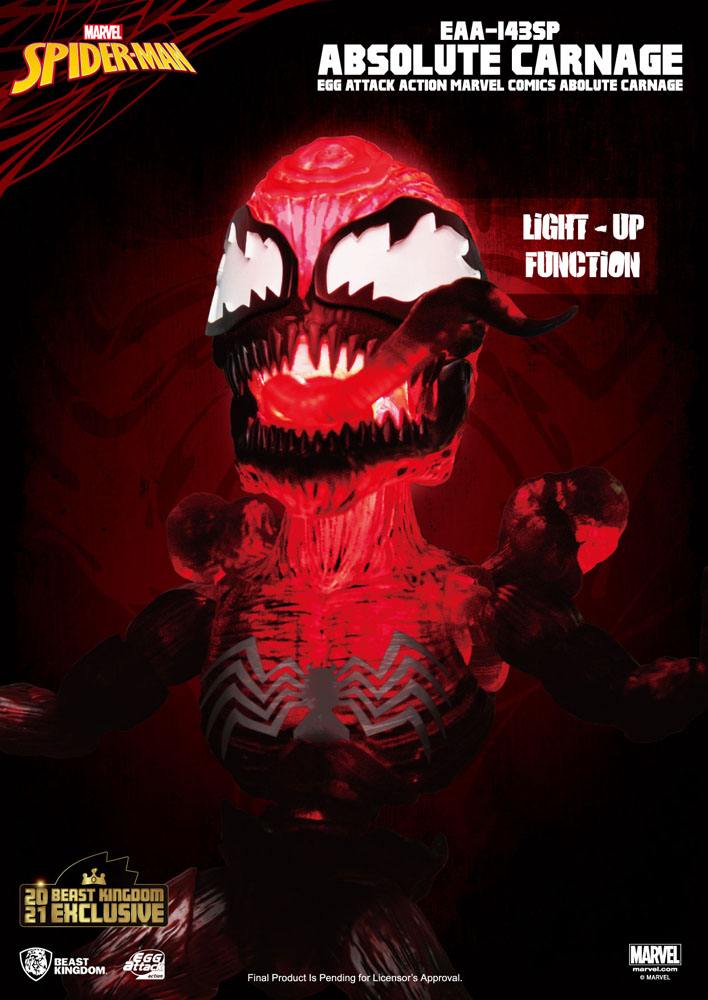 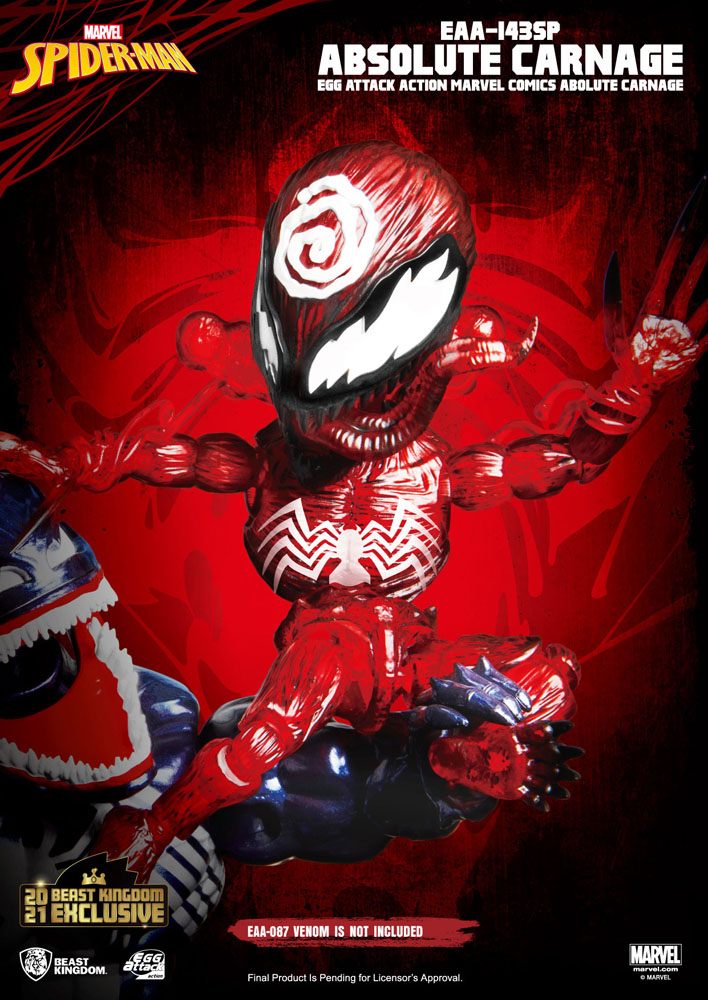 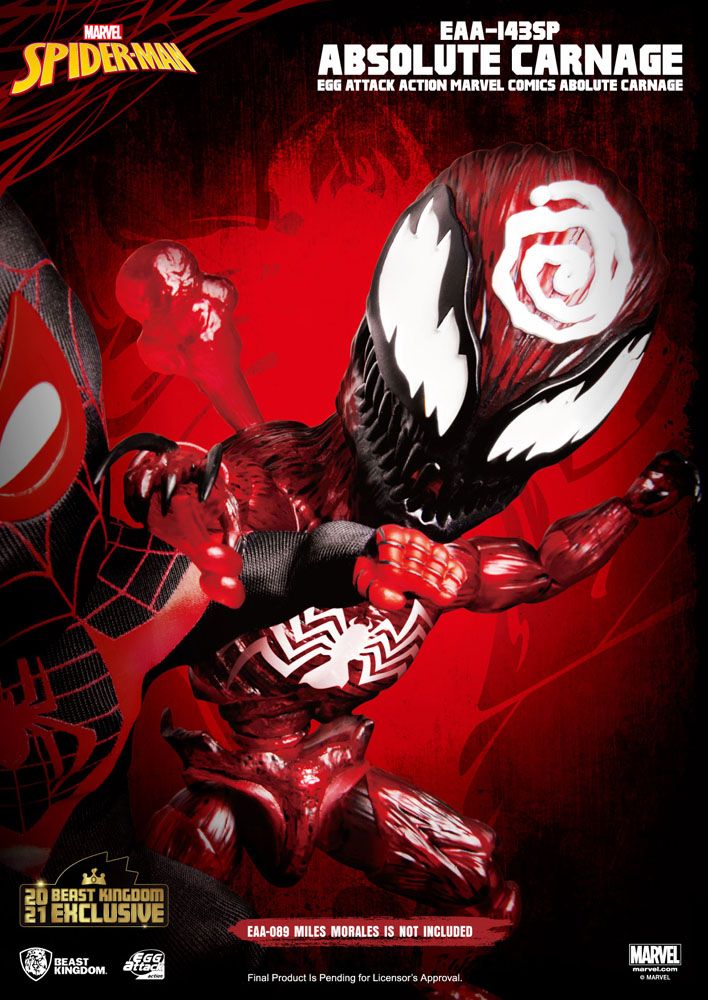 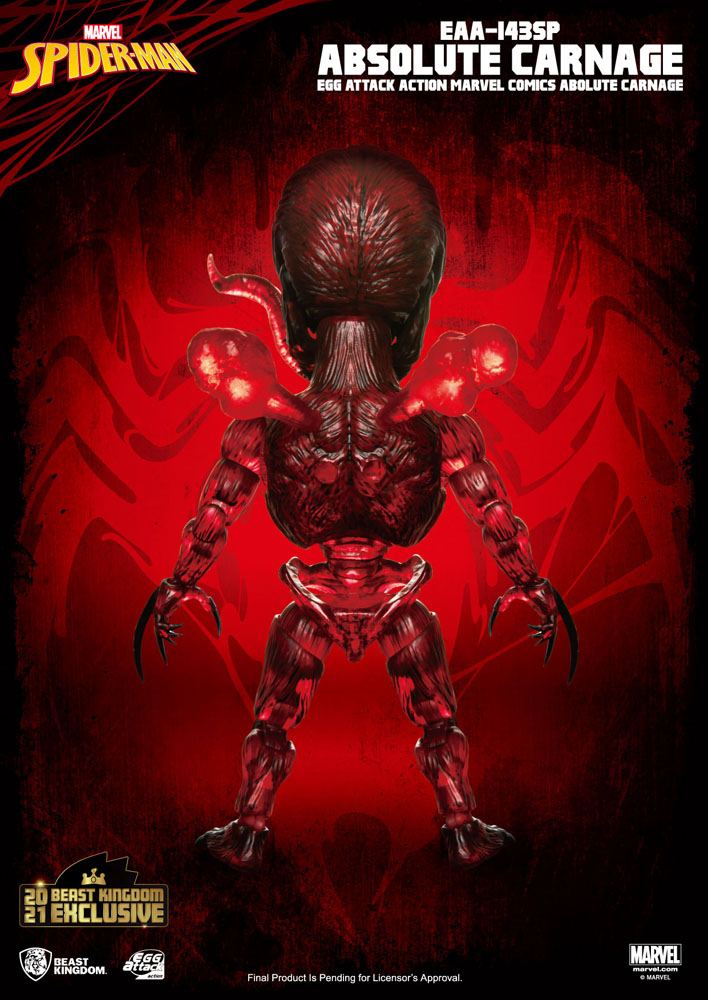 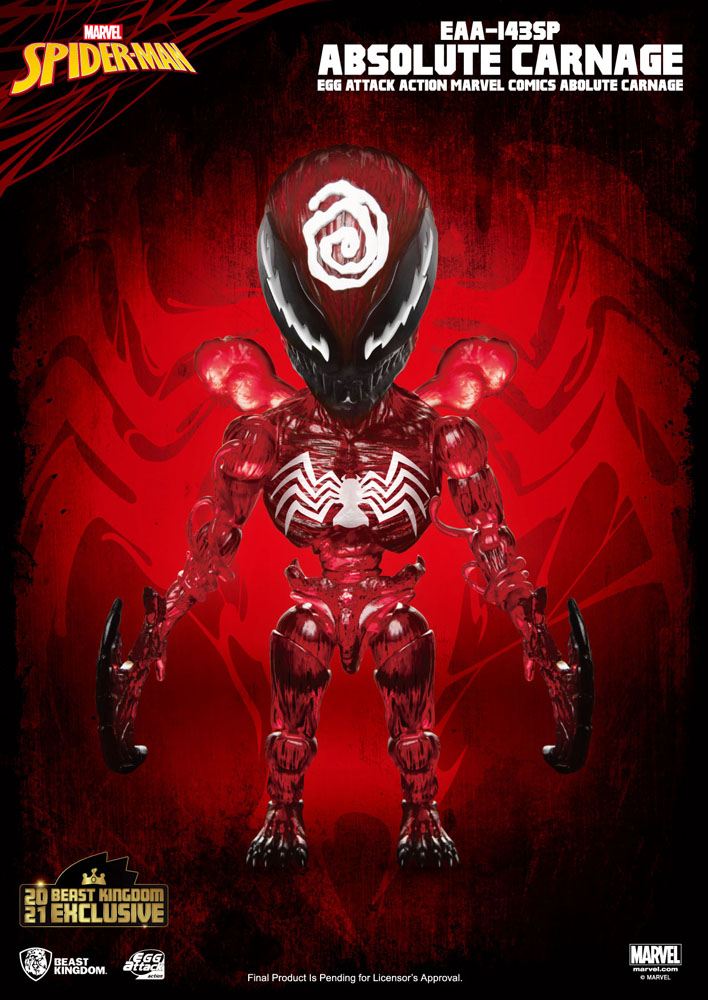 Let there be carnage!

The craziest, bloodiest villain in the Marvel, Spider-Man comics is ready to bring a fright to a desk near you. Carnage, and the symbiote alter ego Cletus Kasady, are the offspring of the infamous original Venom.
During the now classic Maximum Carnage comic run, the symbiotic 'Carnage' goes on a killing spree in New York, bringing together a host of characters from Spider-Man to Shriek, the psychic hero to try and stop the red menace. A riveting story filled with twists, turns and a whole lot of carnage!

The EAA (Egg Attack Action) brand of highly stylized and articulable action figures from Beast Kingdom, takes on the crazed villain from outer space in a limited edition release. Using the very best in manufacturing techniques, Carnage is brough to life with an immense attention to detail. A translucent body showcases the otherworldly visage of the angry alien, with a light up function in the Carnage head sculpt to really showcase his demonic look.
Also included are a host of weapon accessories for the ultimate in battle ready posing.
For fans of arguably the most dangerous villain in the Spider-Verse, the Carnage EAA special Edition release of only 1500 figures is one not to be missed!

Please note: Due to the small edition size and the great demand for this item, allocations are possible.
<!-- <div class="row margin-bottom-40">

Back To The Future ReAction Action Figure Marty McFly 10 cm