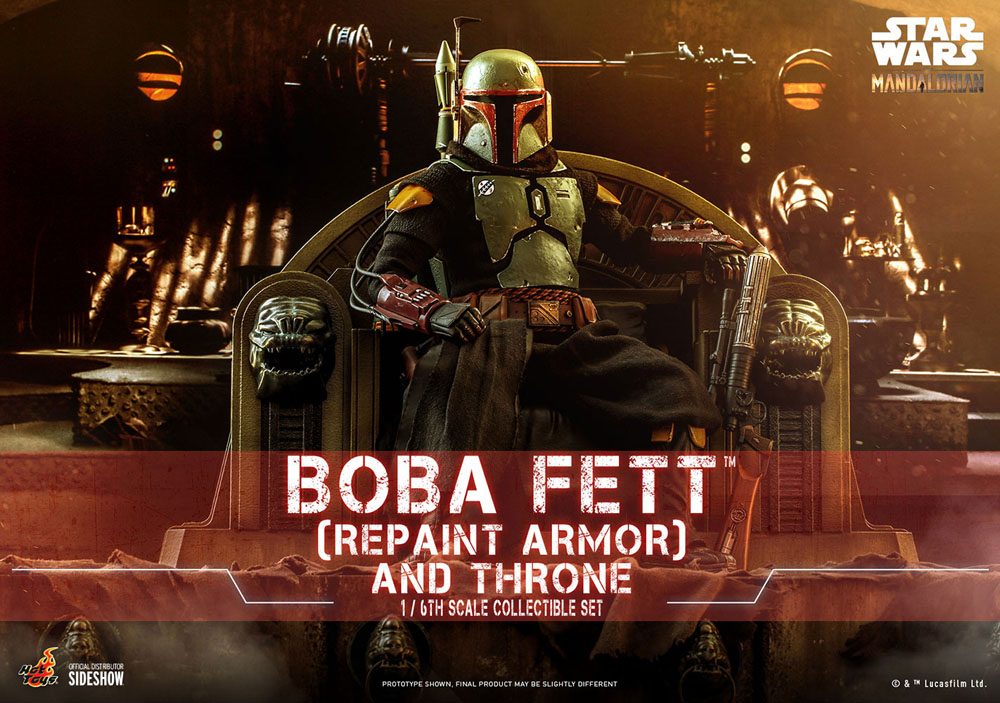 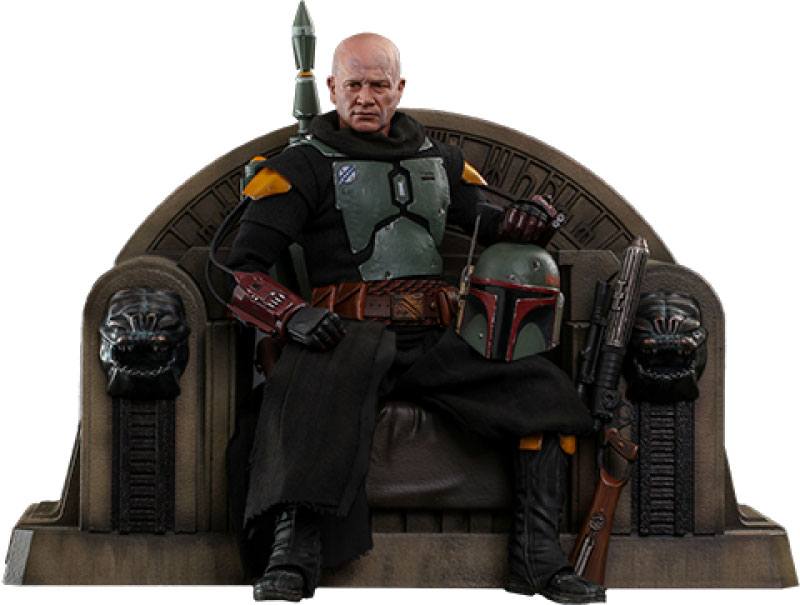 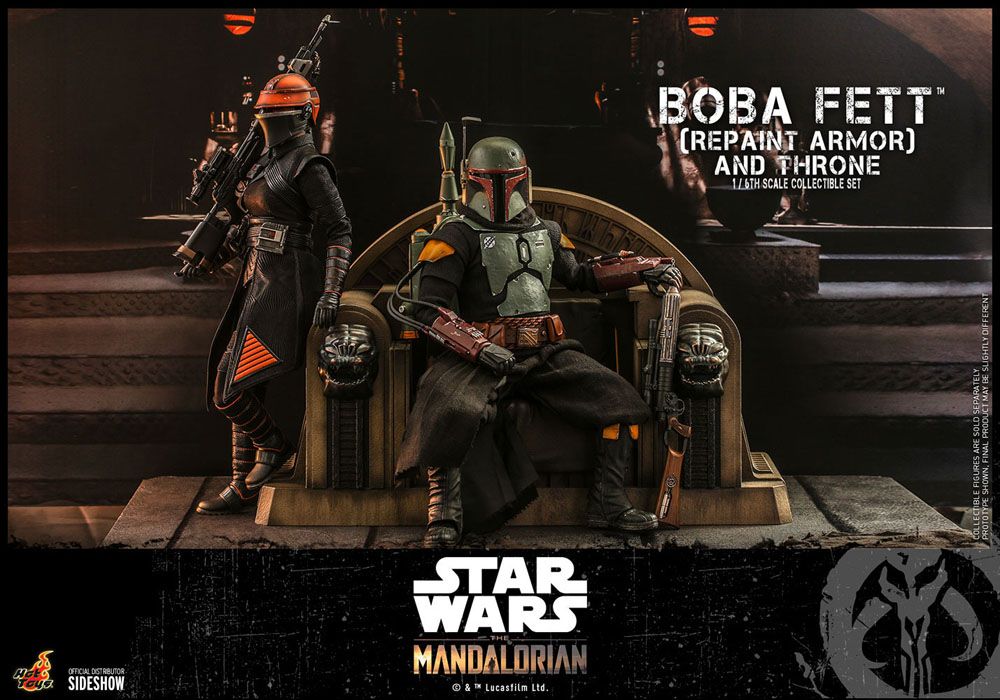 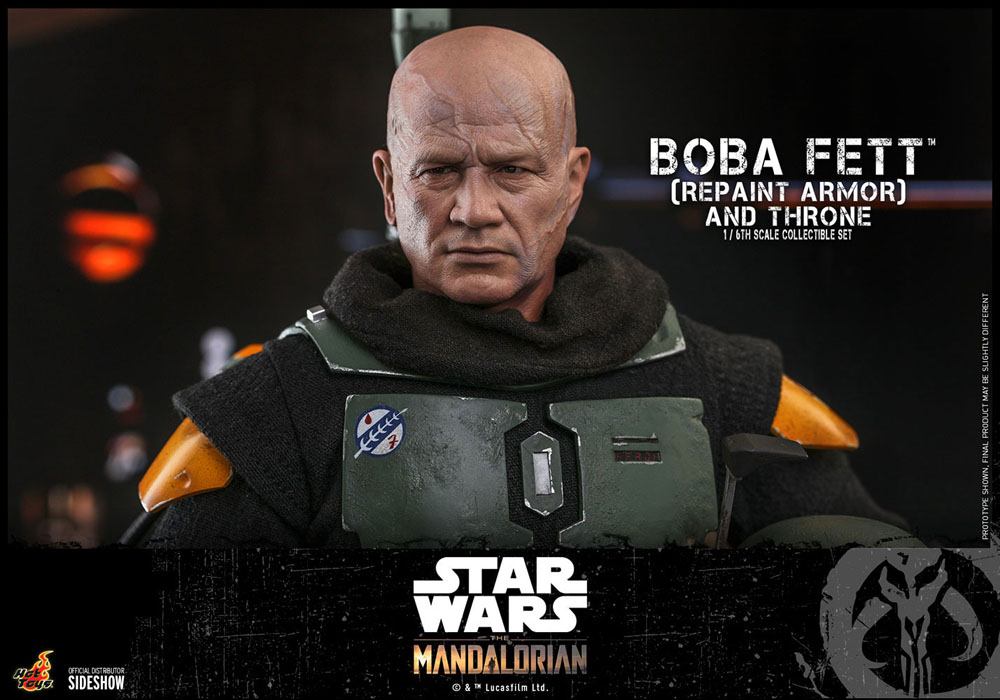 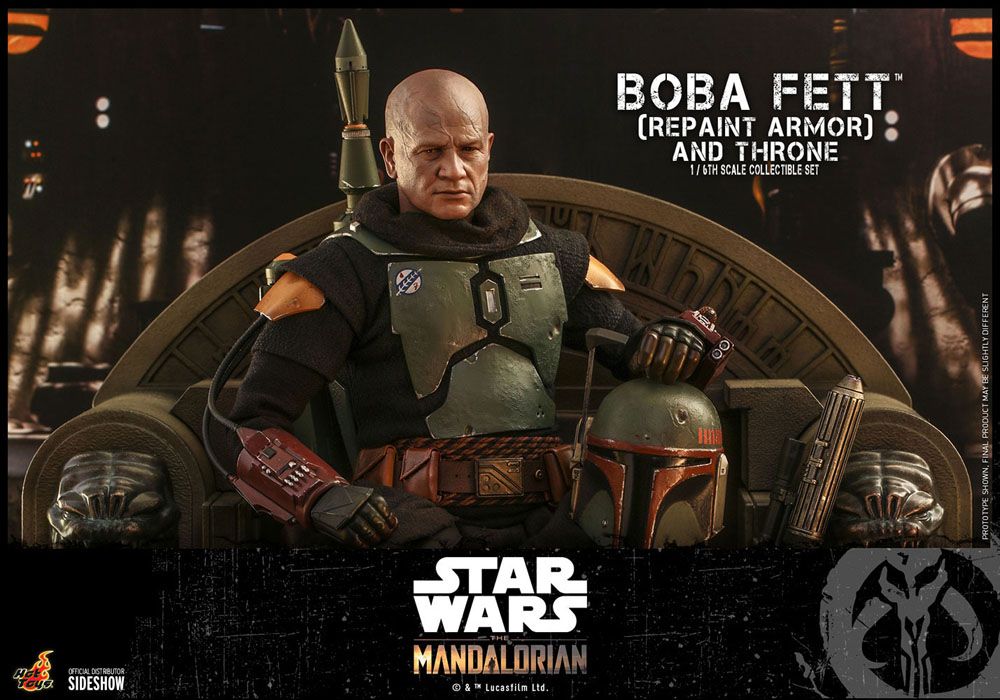 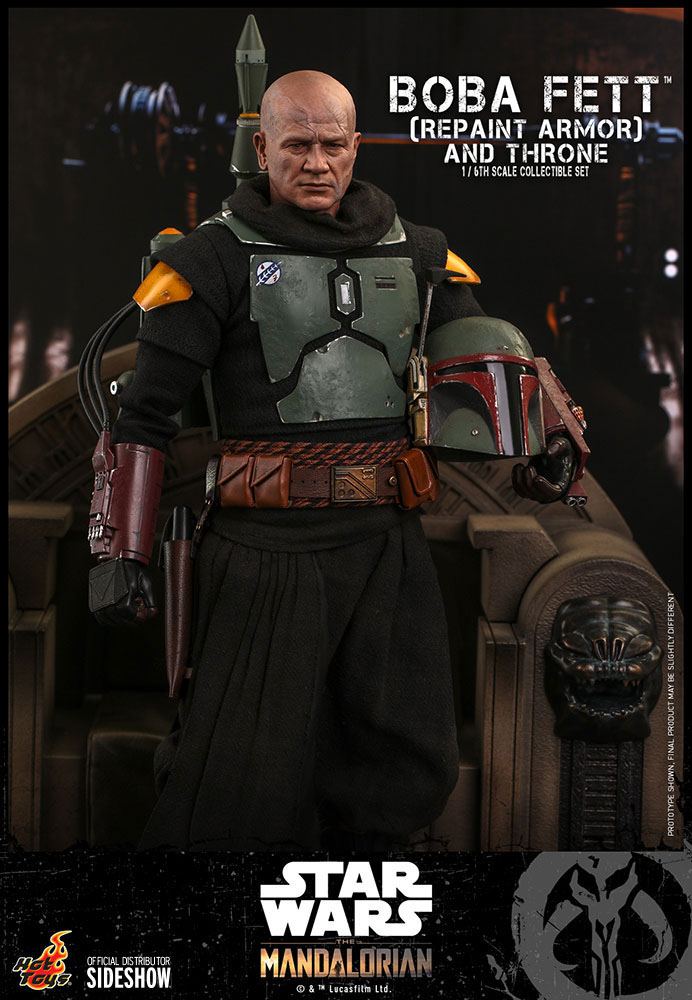 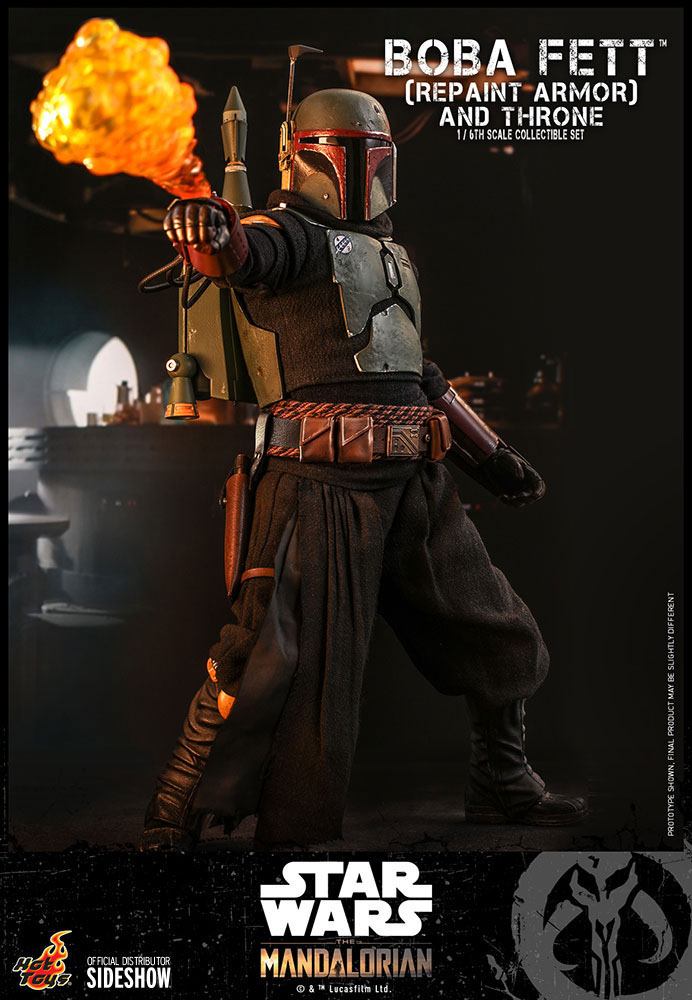 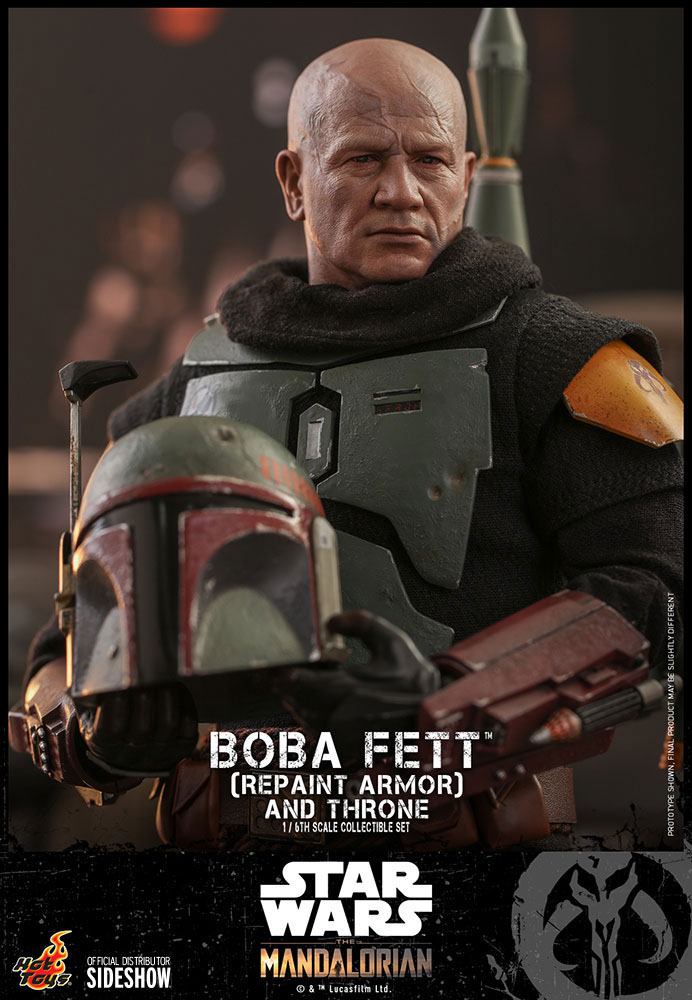 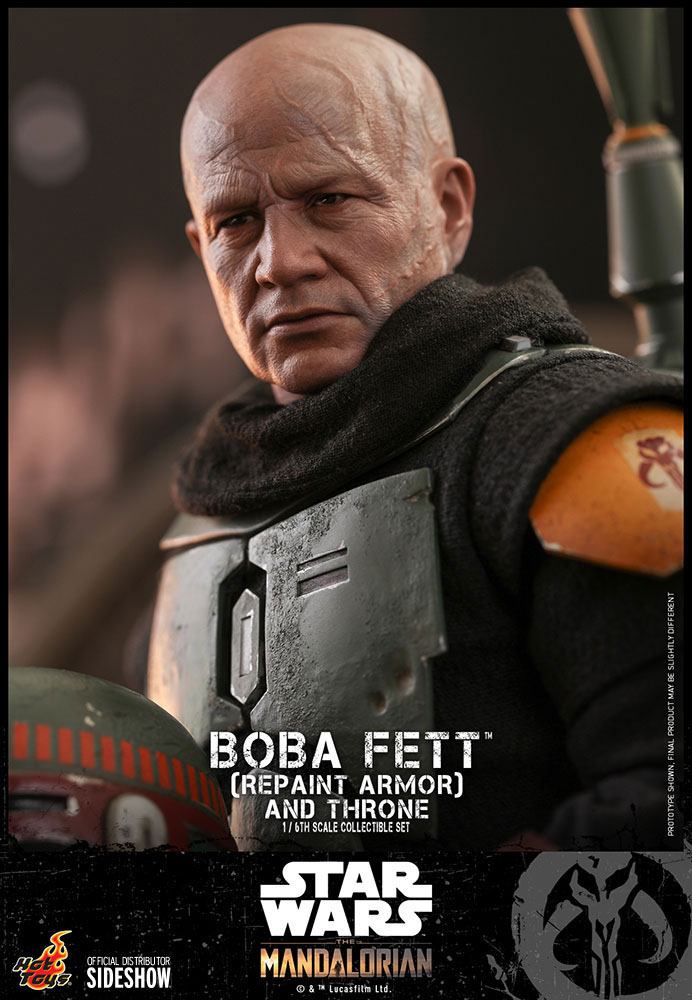 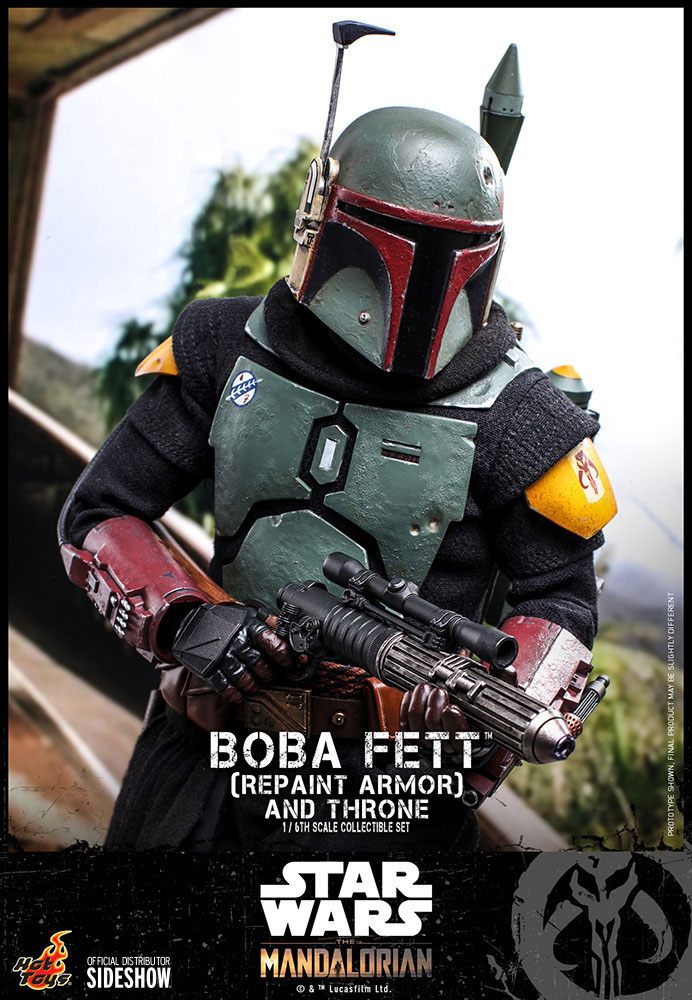 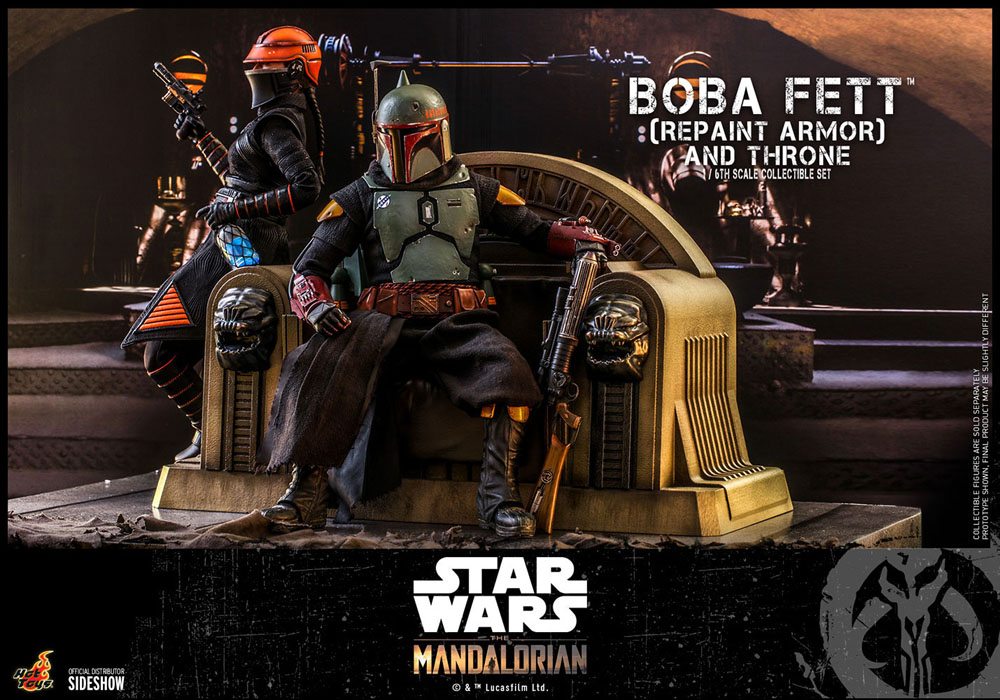 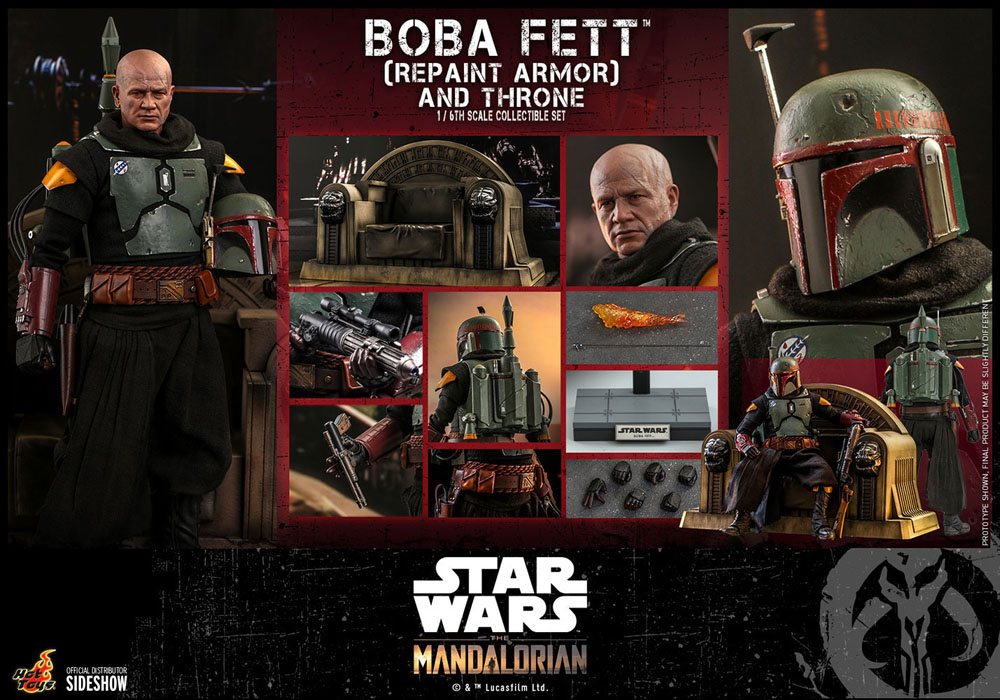 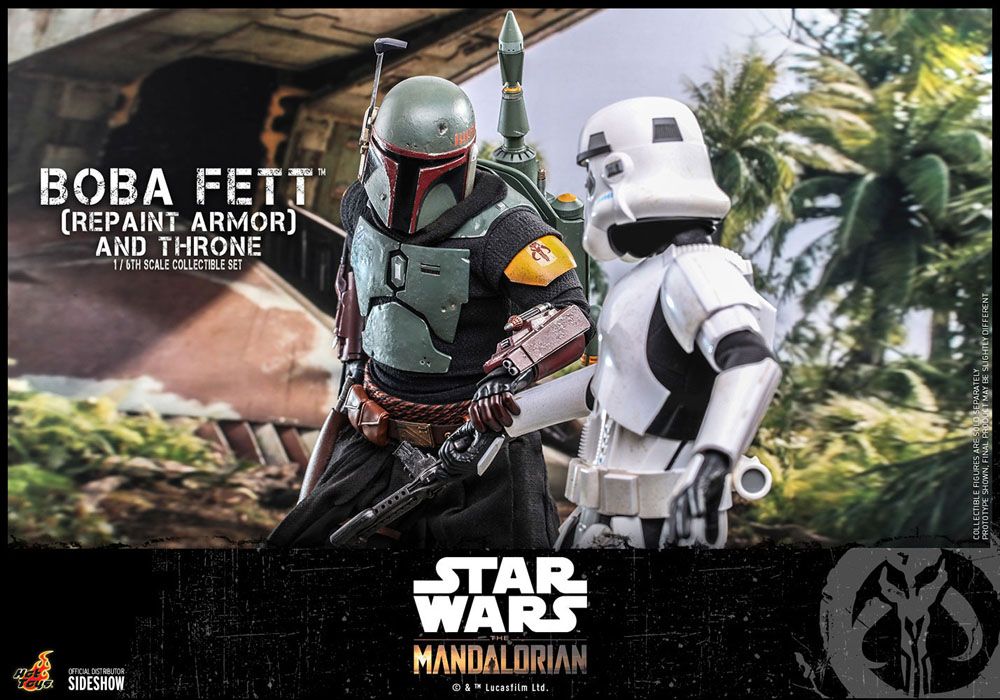 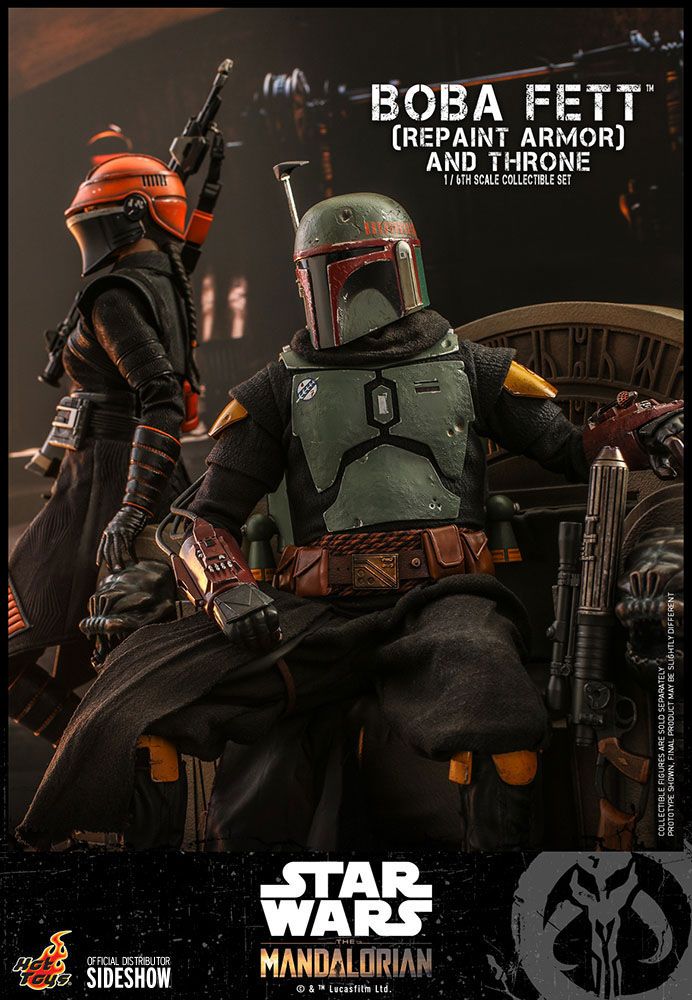 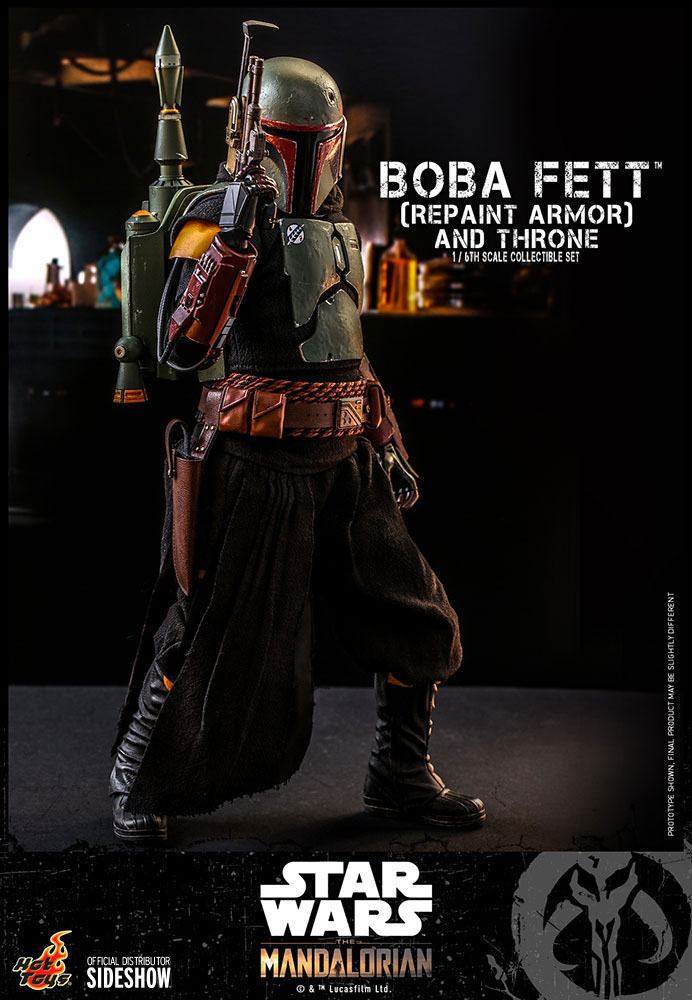 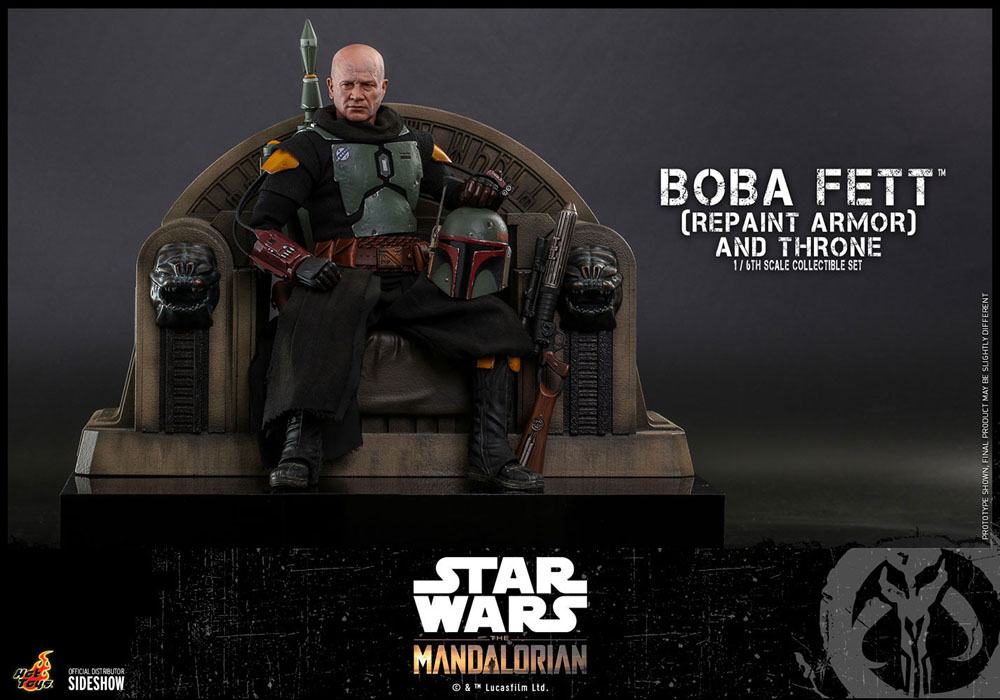 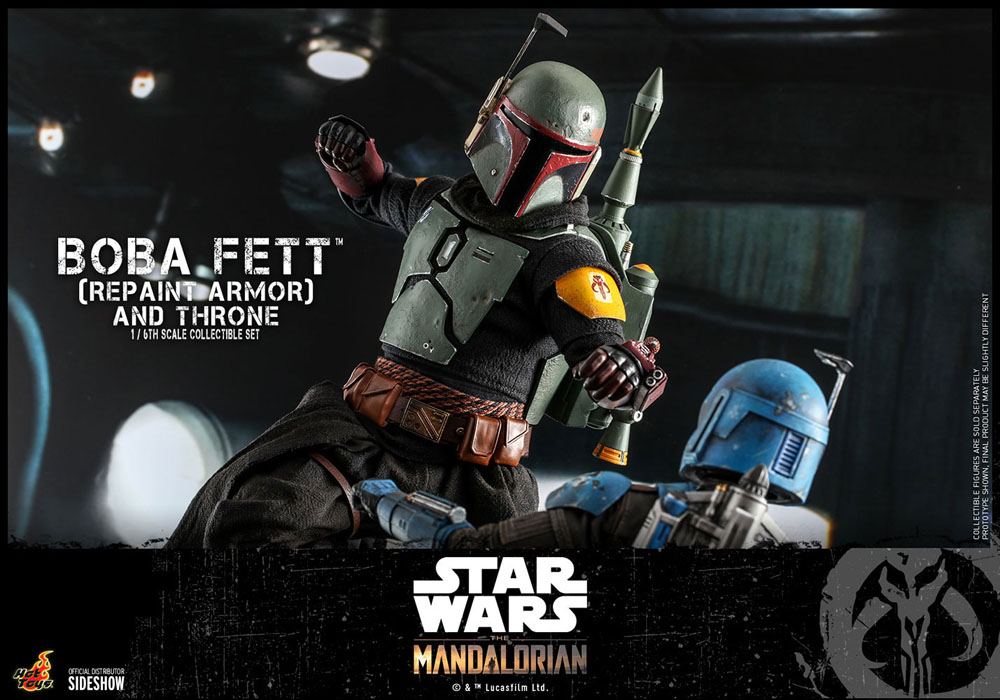 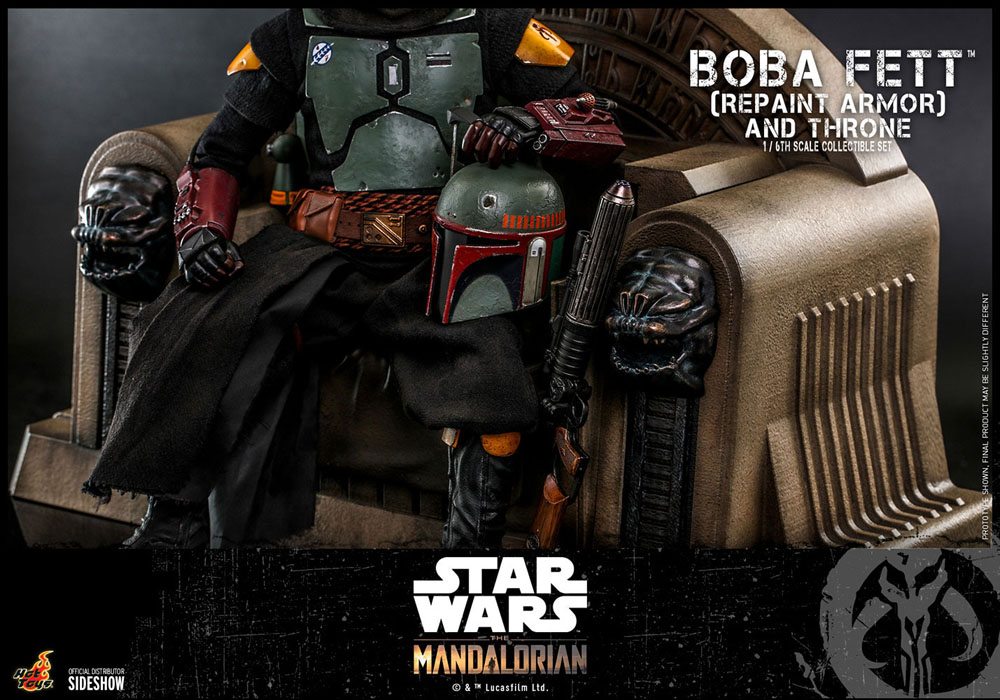 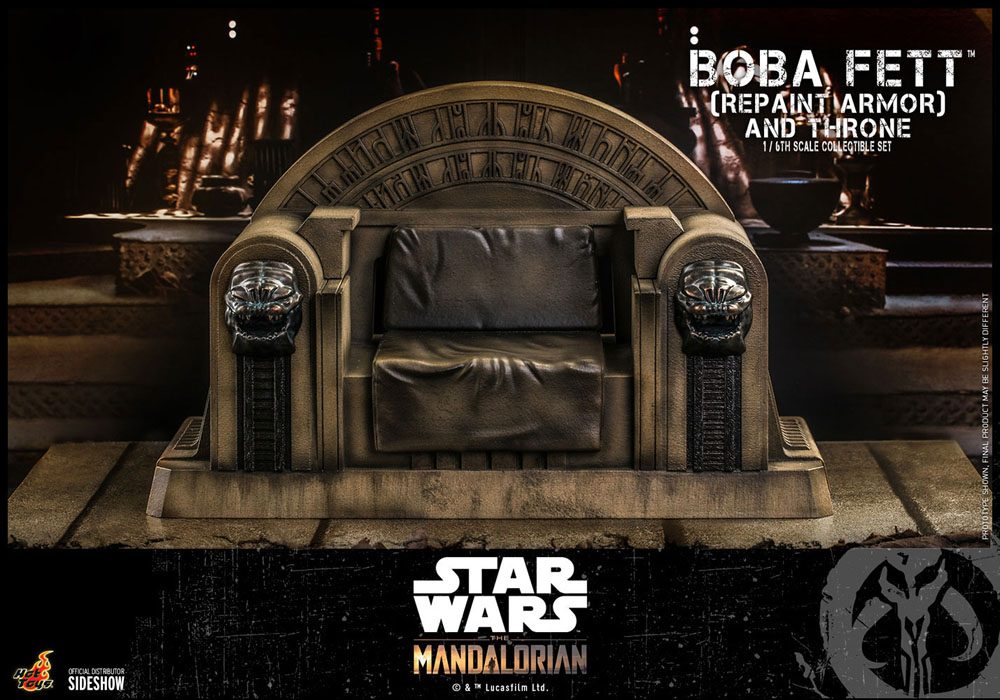 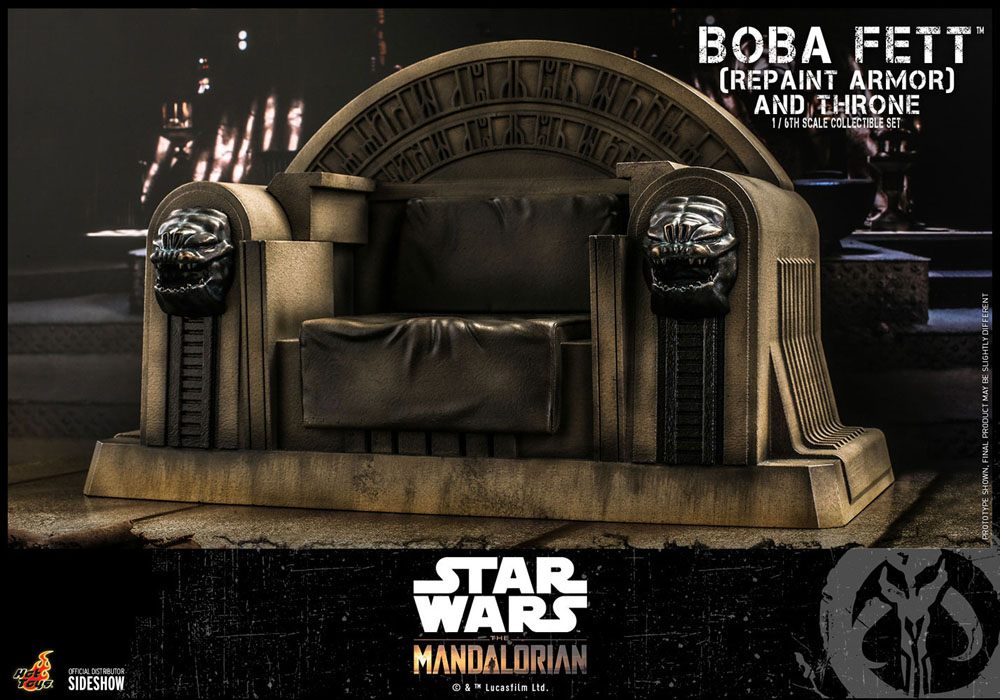 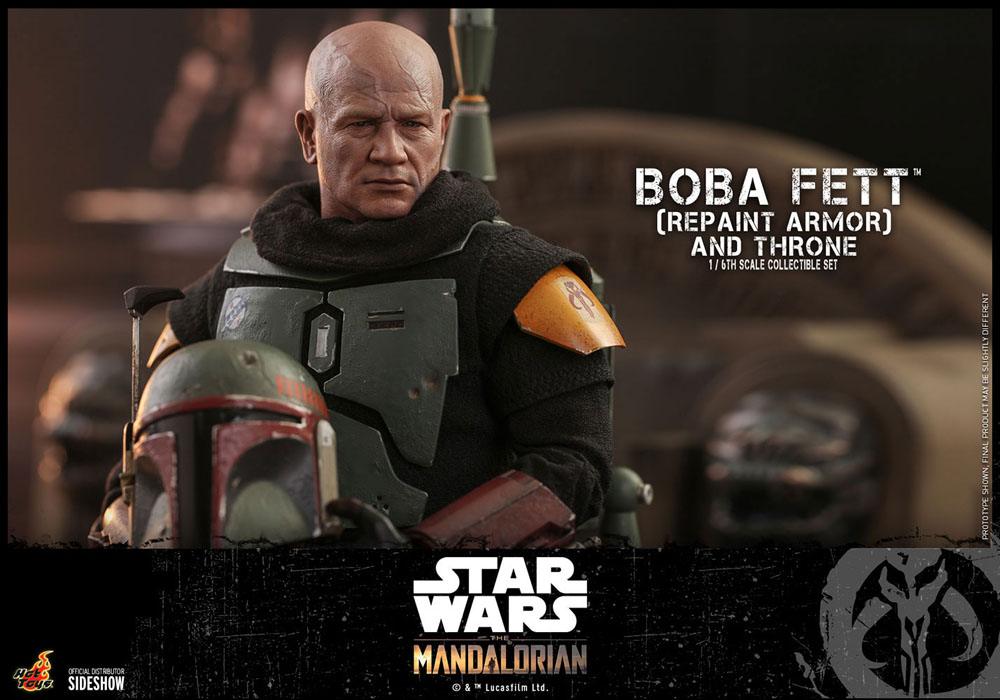 "Boba. I thought you were dead. I'm so glad to see you. I had heard many rumors."

With his customized MandalorianTM armor, deadly weaponry, and silent demeanor, Boba FettTM was one of the most feared bounty hunters in the galaxy. Over the course of his career, which included contracts for the Empire and the criminal underworld, he became a legend, but many thought he met his end when he fell in the horrific Sarlacc pit on TatooineTM. After making a surprise return in The Mandalorian and regained his armor, he set his eyes to dispose of Bib FortunaTM and took the throne!

Now Hot Toys is thrilled to bring yet another incredible addition to The Mandalorian collectible series and officially present the 1/6th scale Boba FettTM (Repaint Armor) and Throne Collectible Set!

The figure features a meticulously crafted Mandalorian helmet and armor with exceptional paint application, Boba's iconic jetpack, skillfully tailored outfit, a flamethrower effect, a fibercord whip, a blaster, a rifle, and display base!

This collectible set will specially feature a newly painted head sculpt with astonishing likeness, and a highly detailed throne for Boba Fett.

Don't wait and miss out on the opportunity to add this awe-inspiring collectible set to your treasured display!
<!-- <div class="row margin-bottom-40">

Back To The Future ReAction Action Figure Marty McFly 10 cm