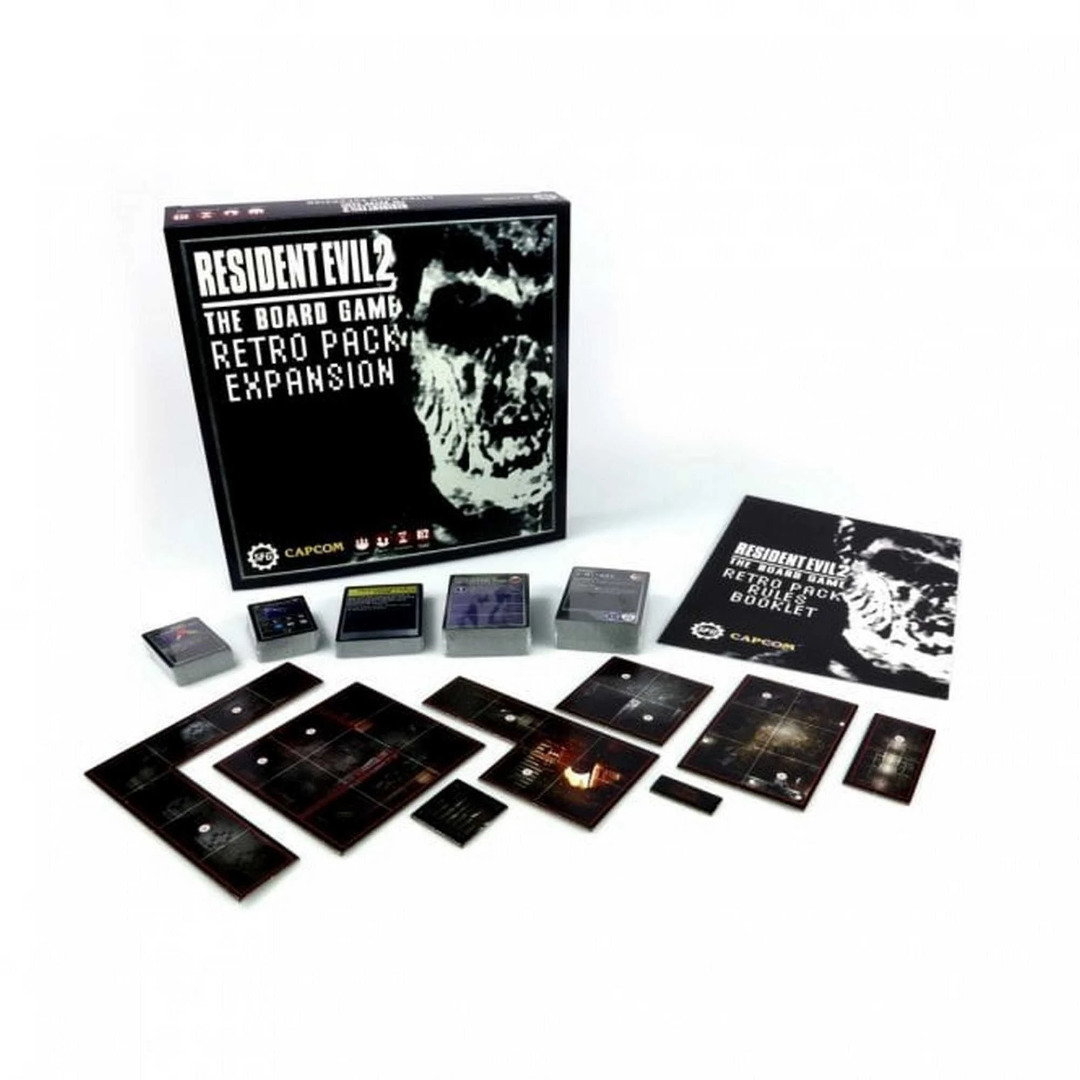 A bizarre incident occurred on the outskirts of an American suburb called Raccoon City. It was later revealed that the terrible disaster had been caused by the T-Virus, a mutagenic toxin created by the international enterprise Umbrella Incorporated for use in bioweapon experiments. The Raccoon City Police Department’s special S.T.A.R.S. unit immediately began investigation of the affair. The case was apparently closed.

But the Umbrella Corporation’s experiments were far from finished…

The Retro Pack is for the old-school Resident Evil™ fans out there, recreating the style for each of the cards from Resident Evil™ 2: The Board Game and its expansions to match the classic videogame release. It also includes a series of additional iconic tiles to customize your play experience. If you’re an old-school gamer who played the original title the first time around and want to indulge your nostalgia for the good old days, then this expansion is definitely for you!