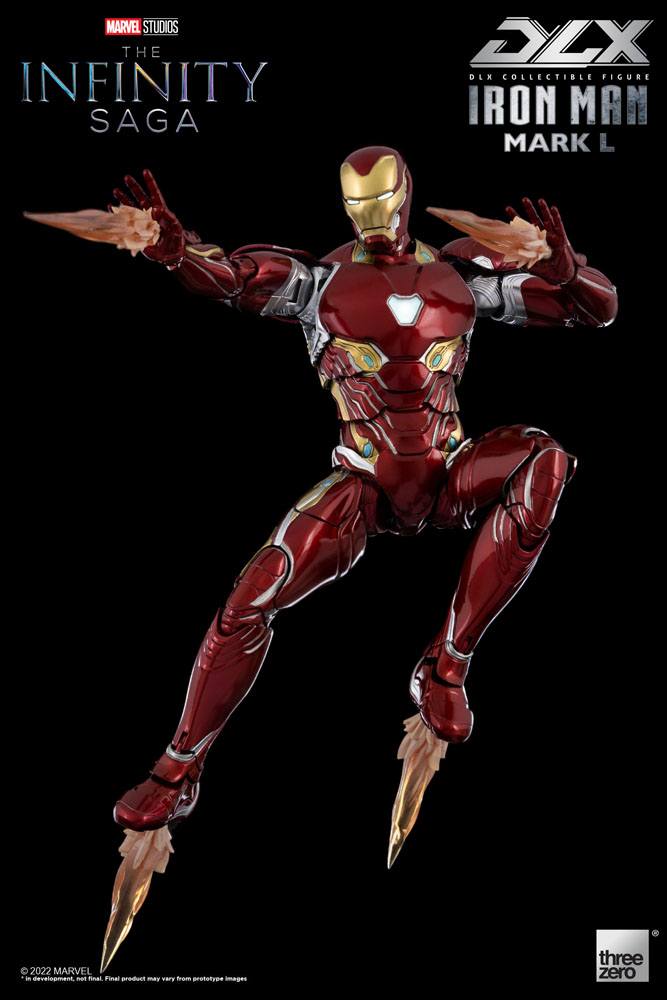 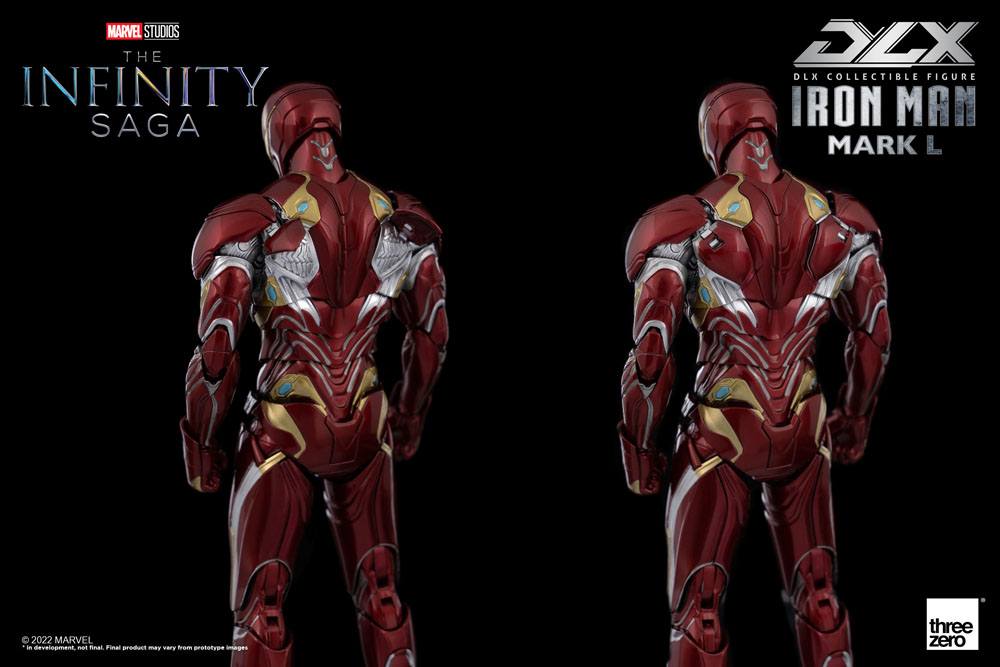 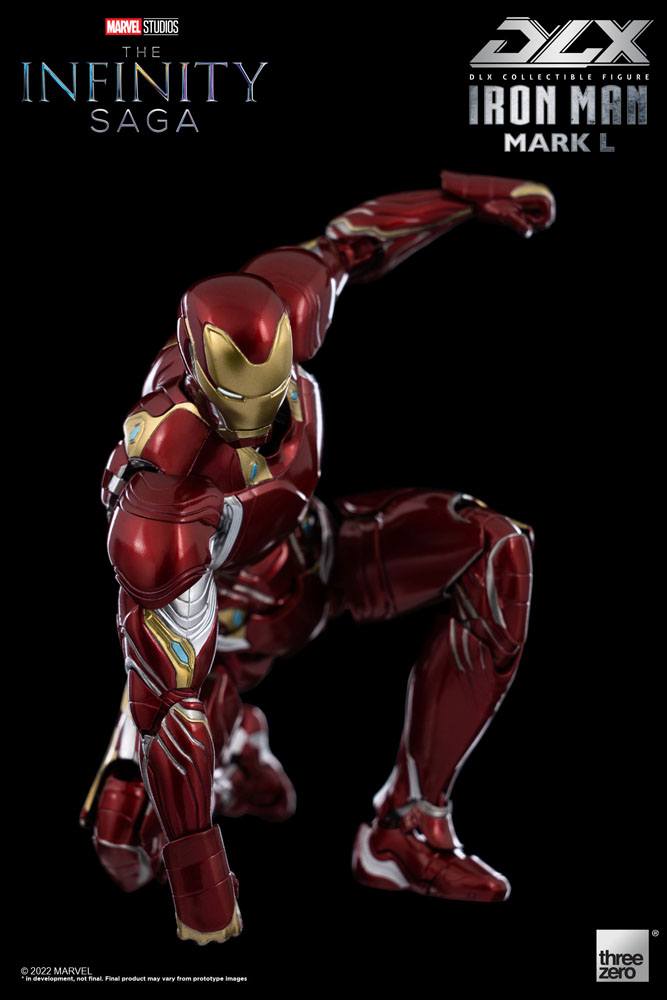 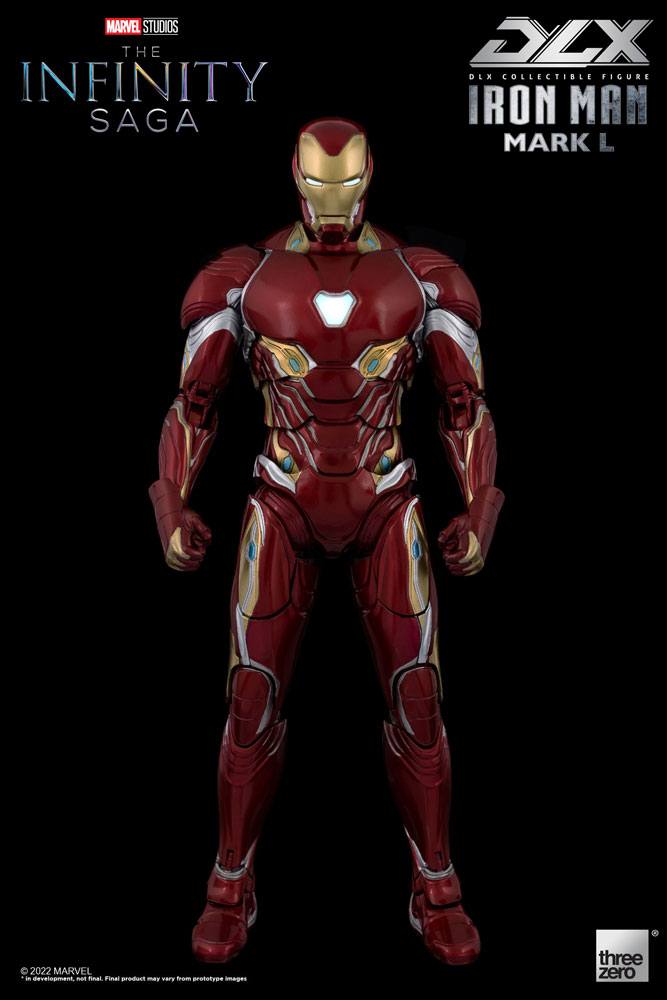 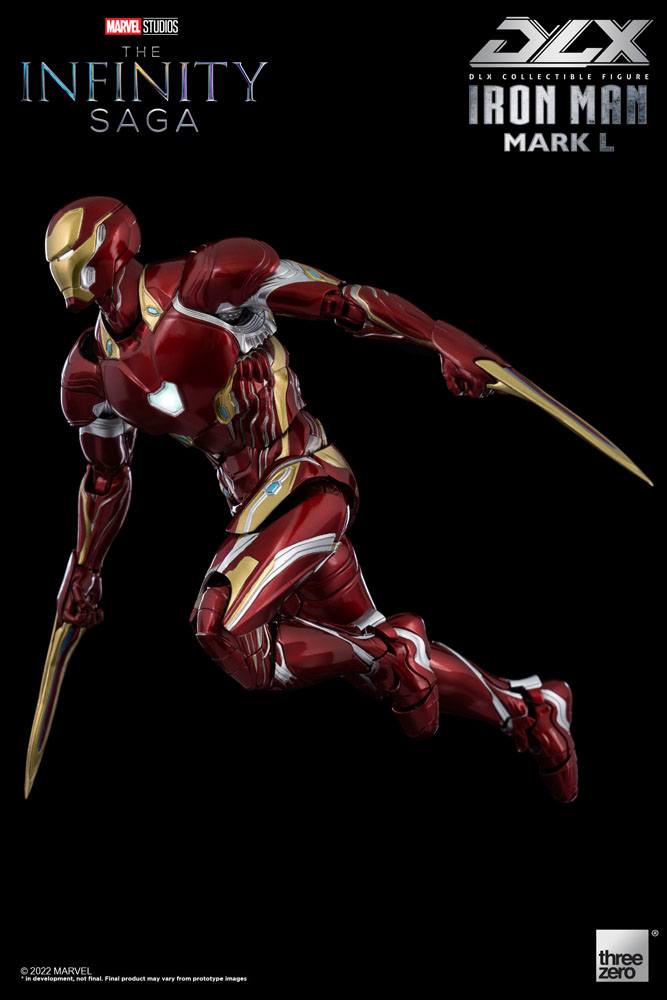 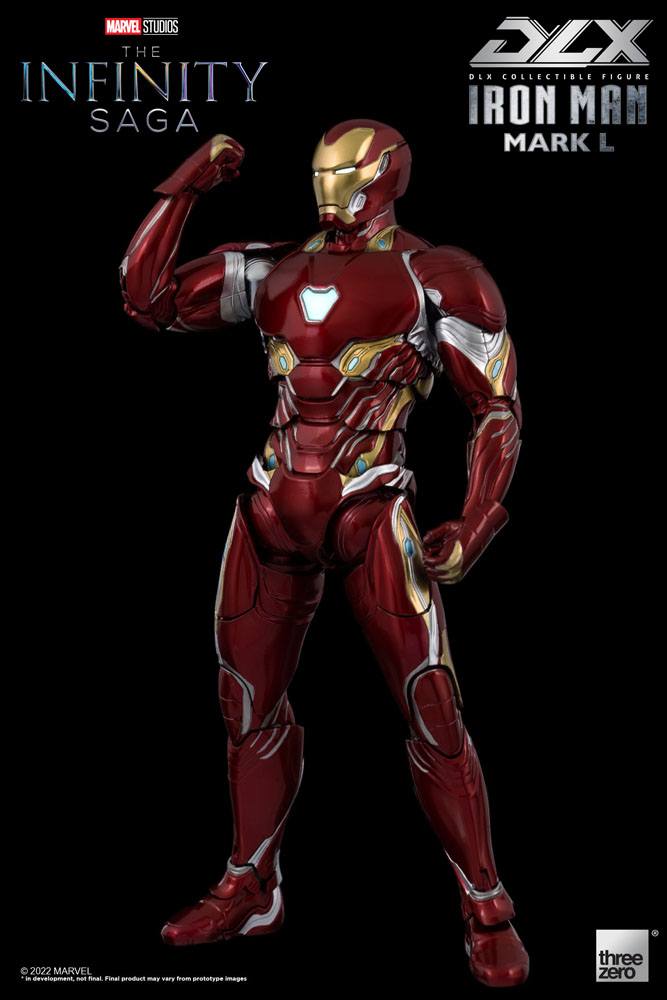 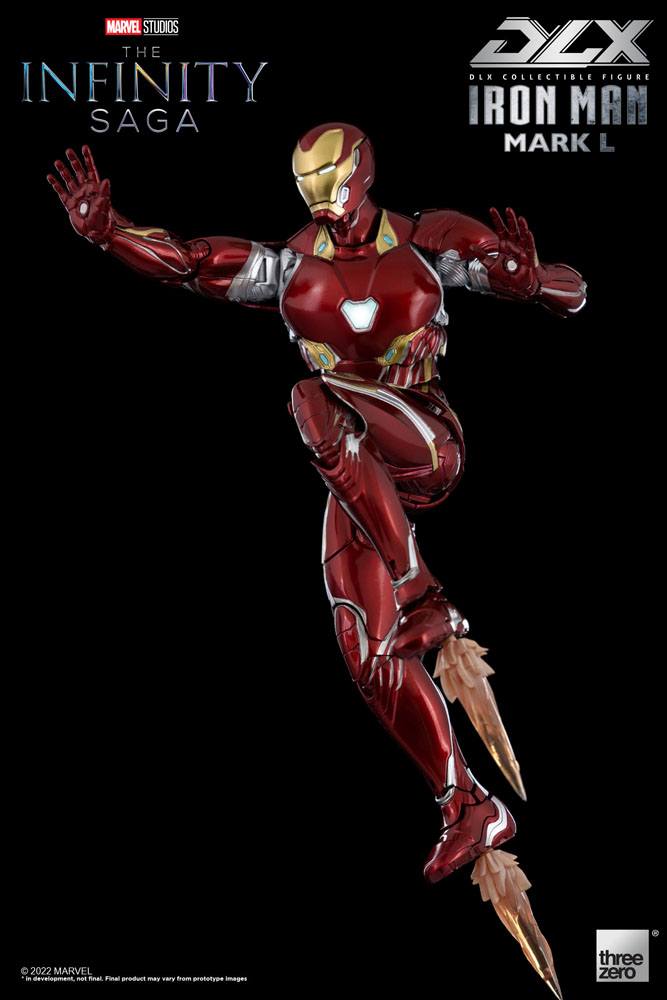 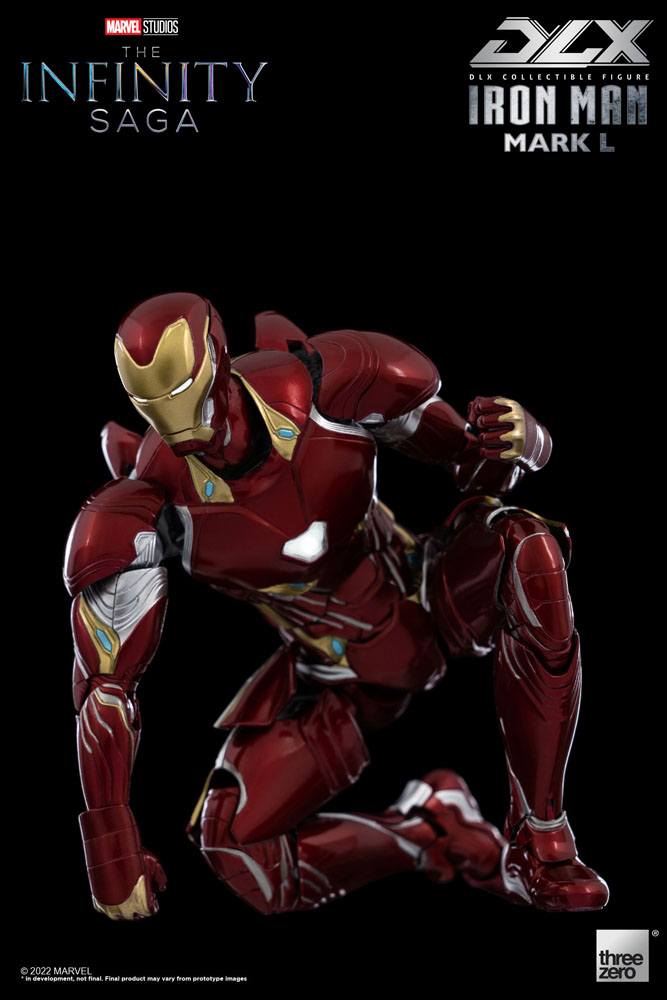 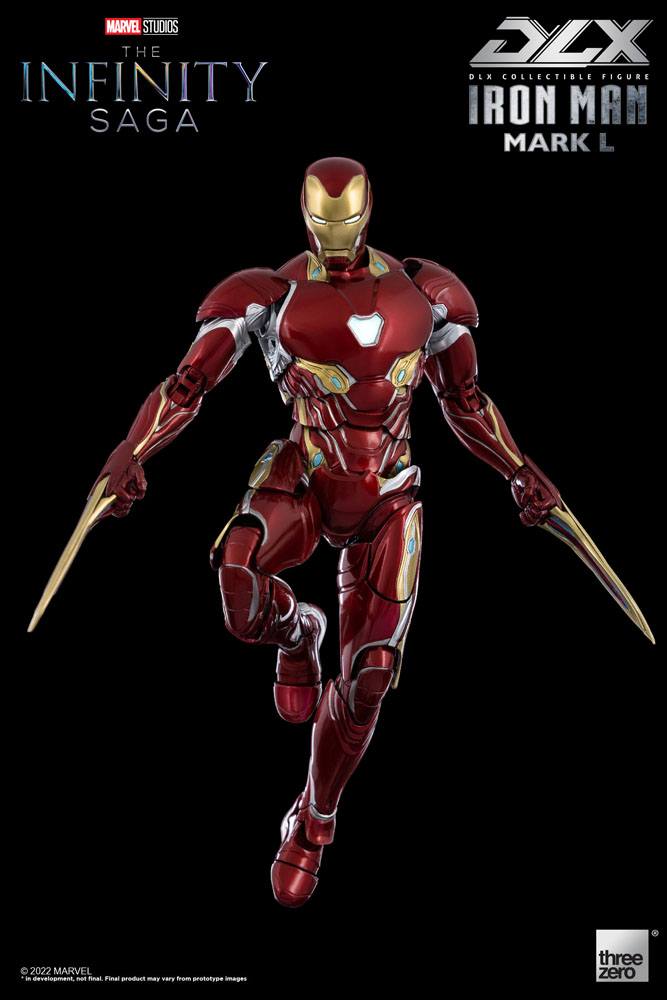 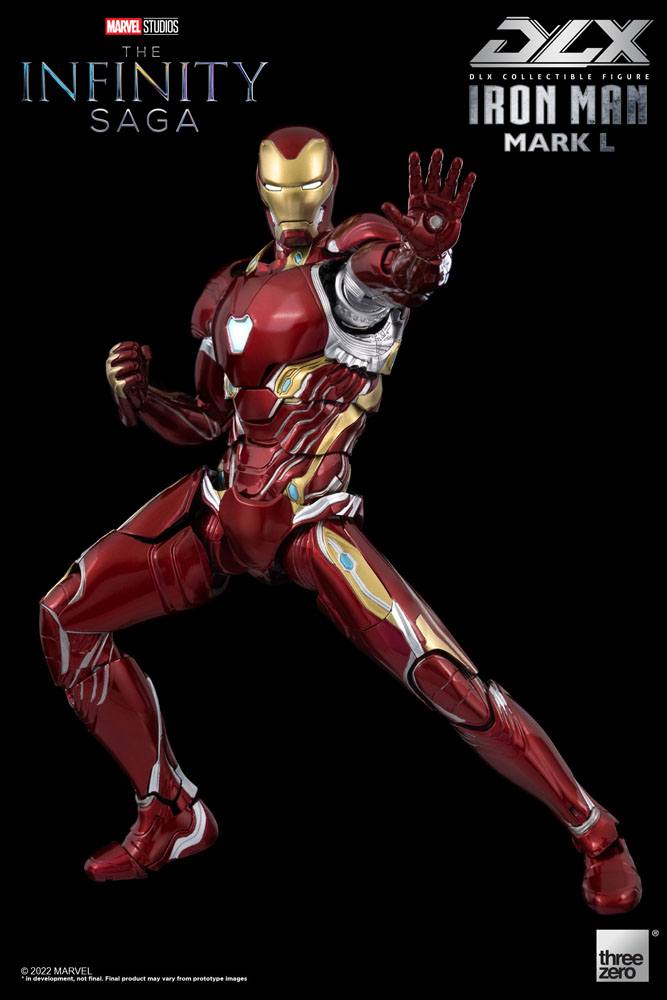 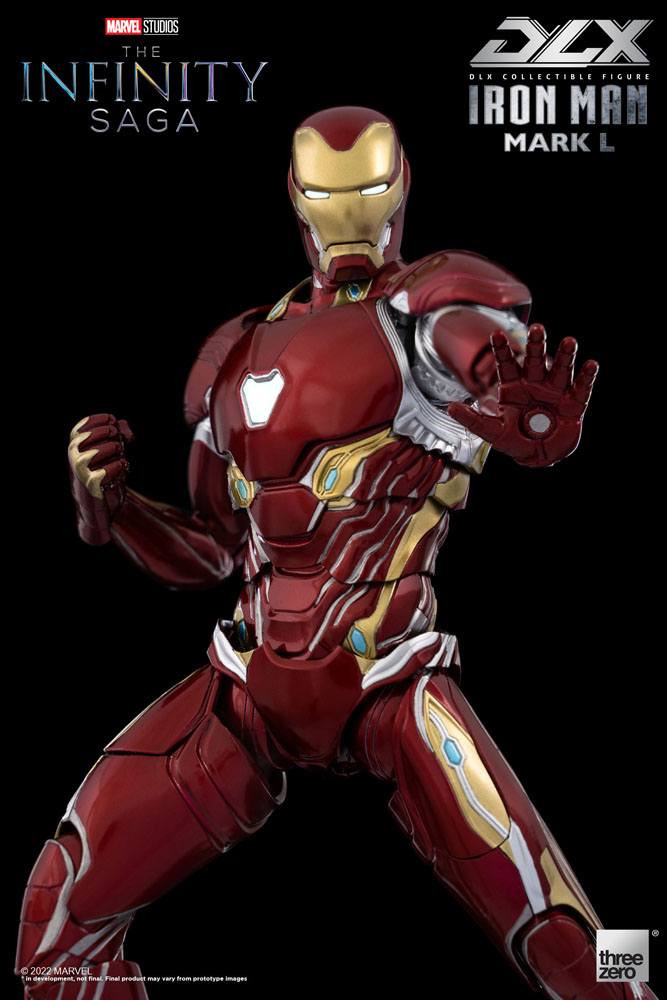 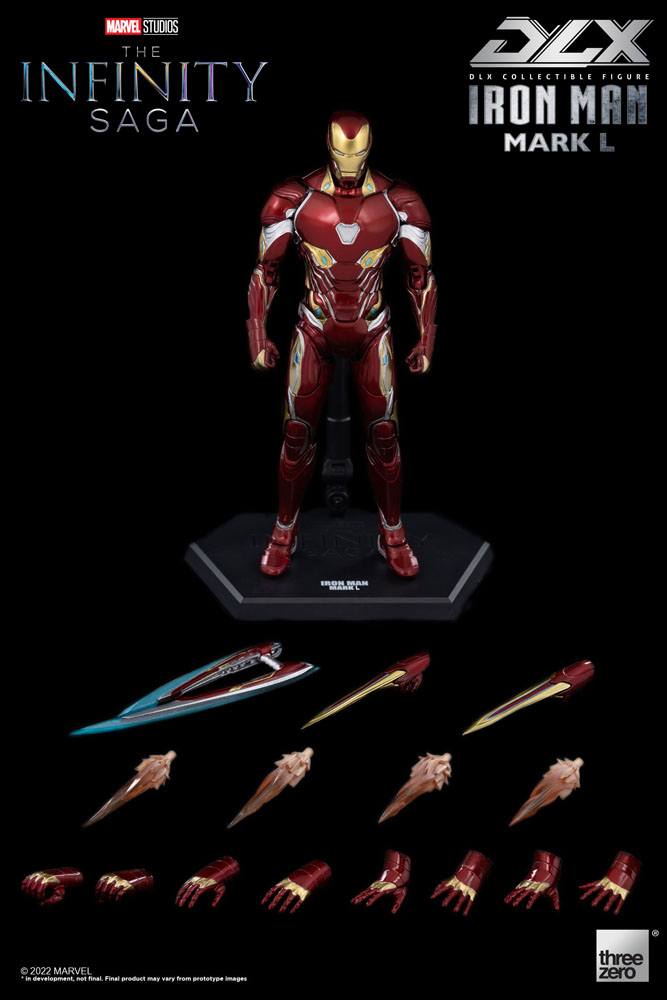 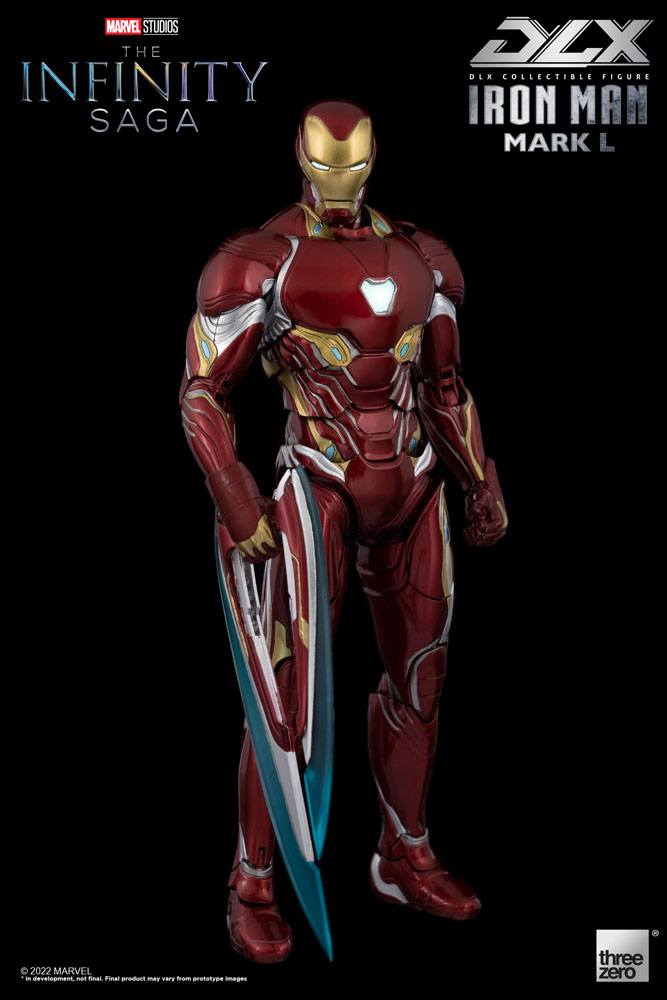 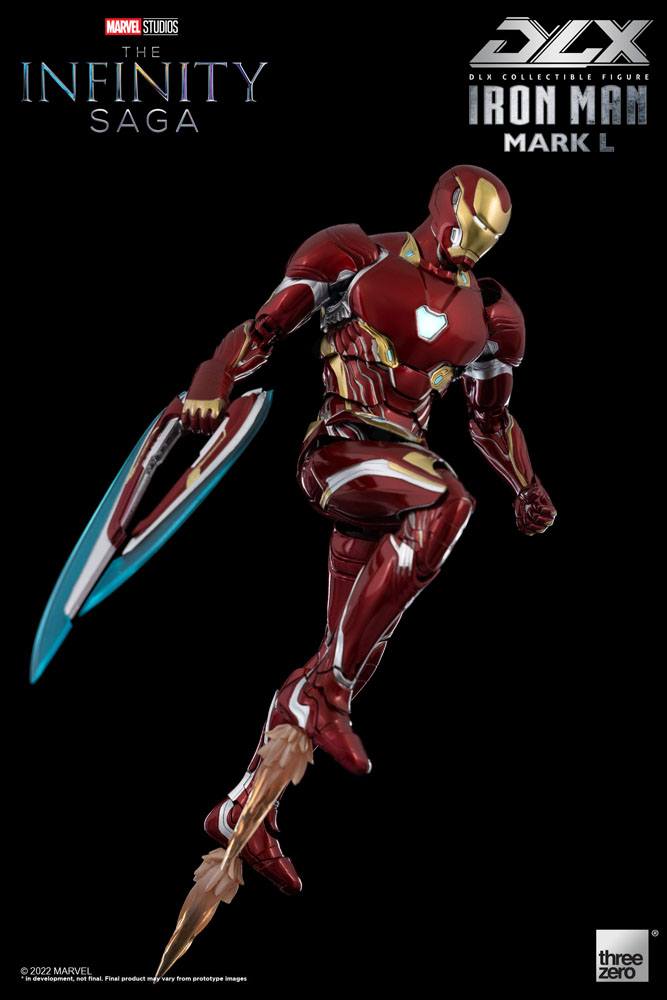 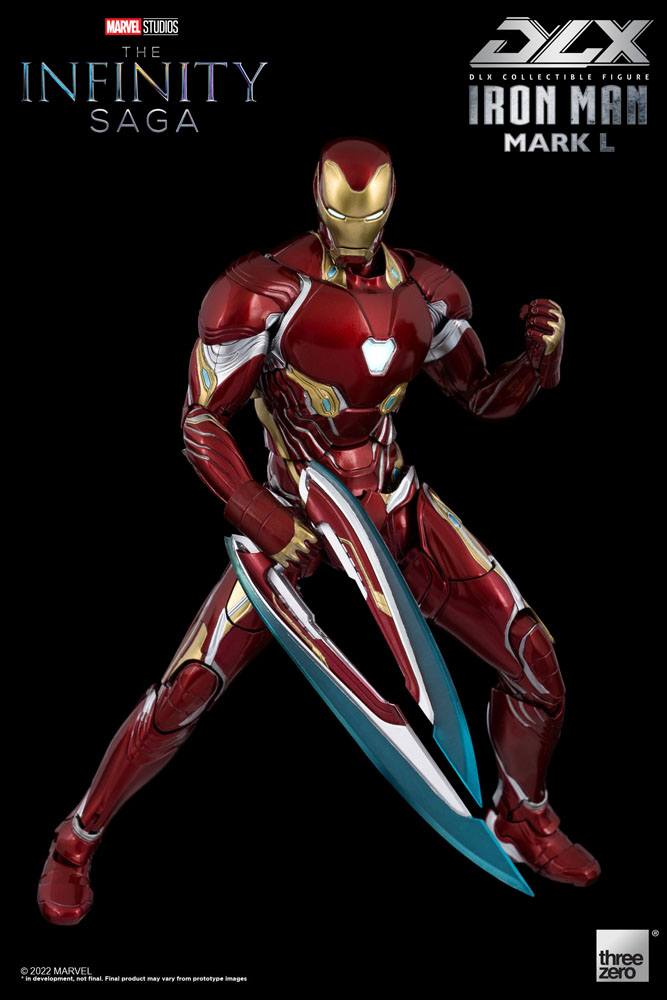 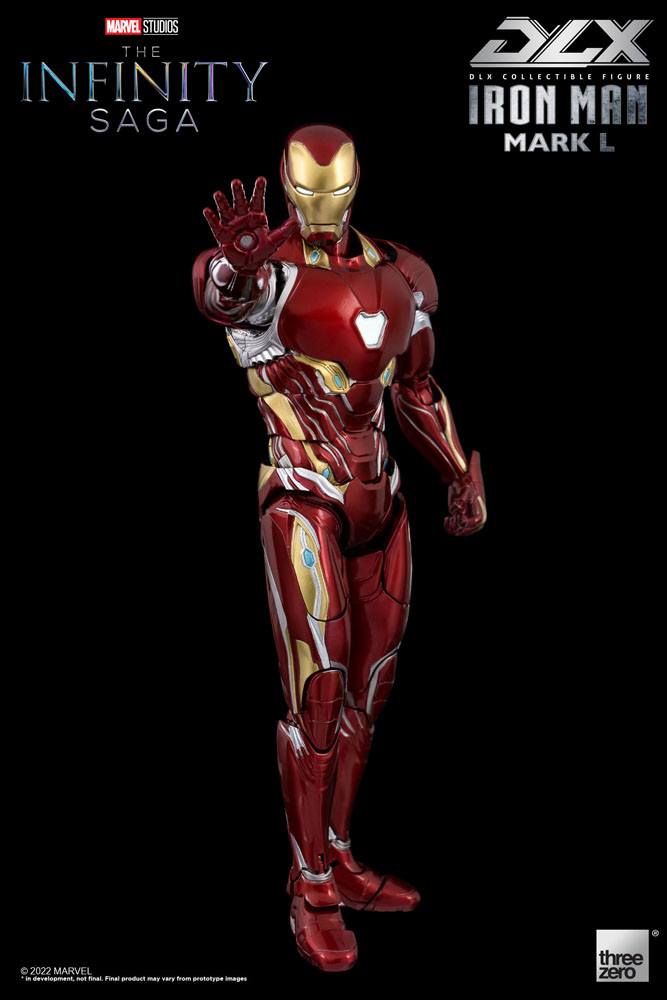 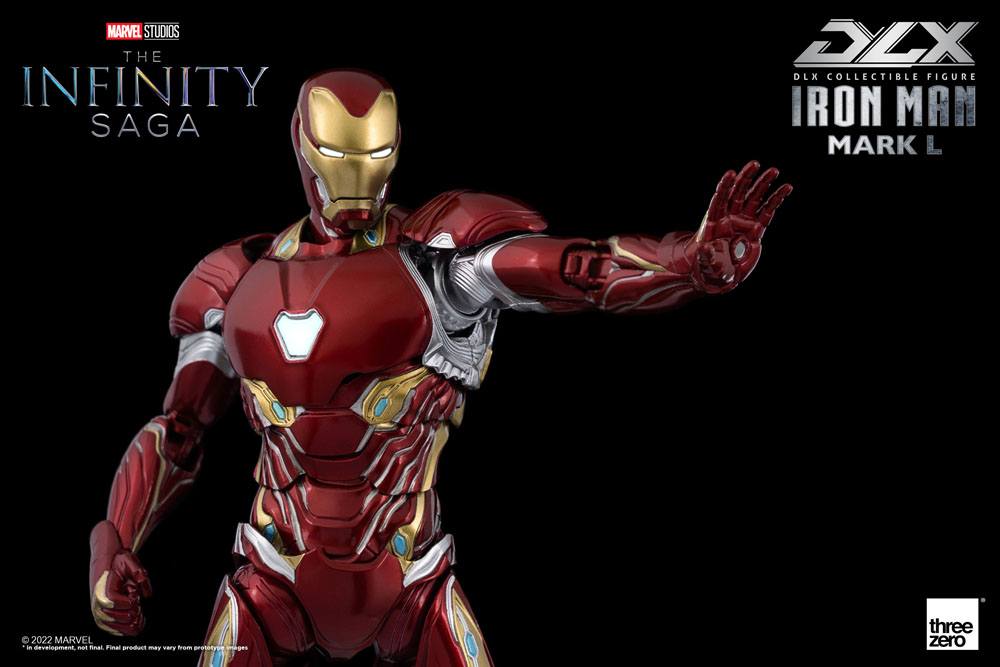 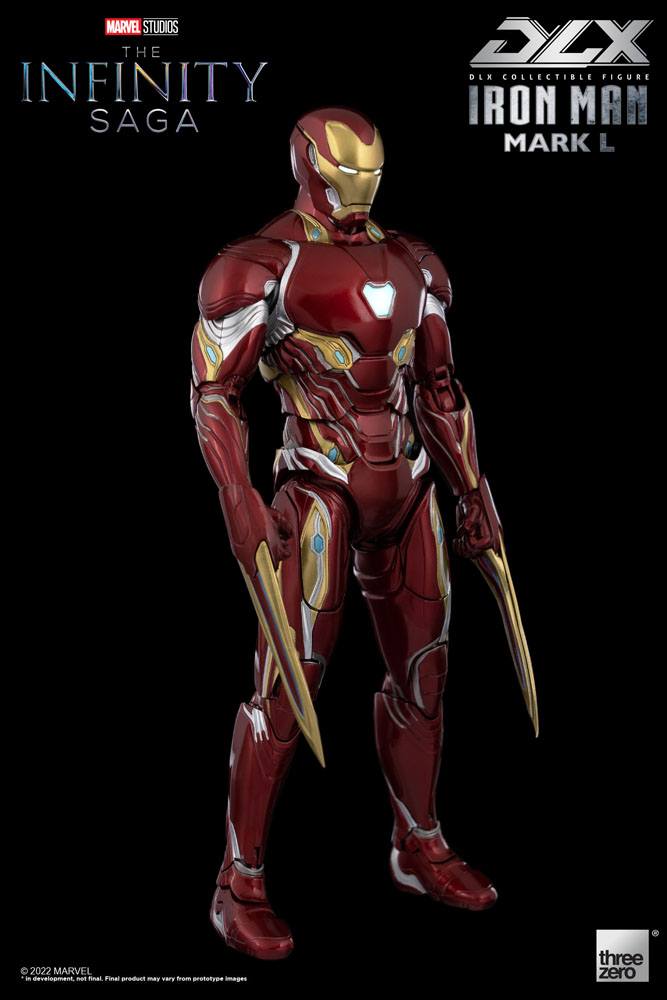 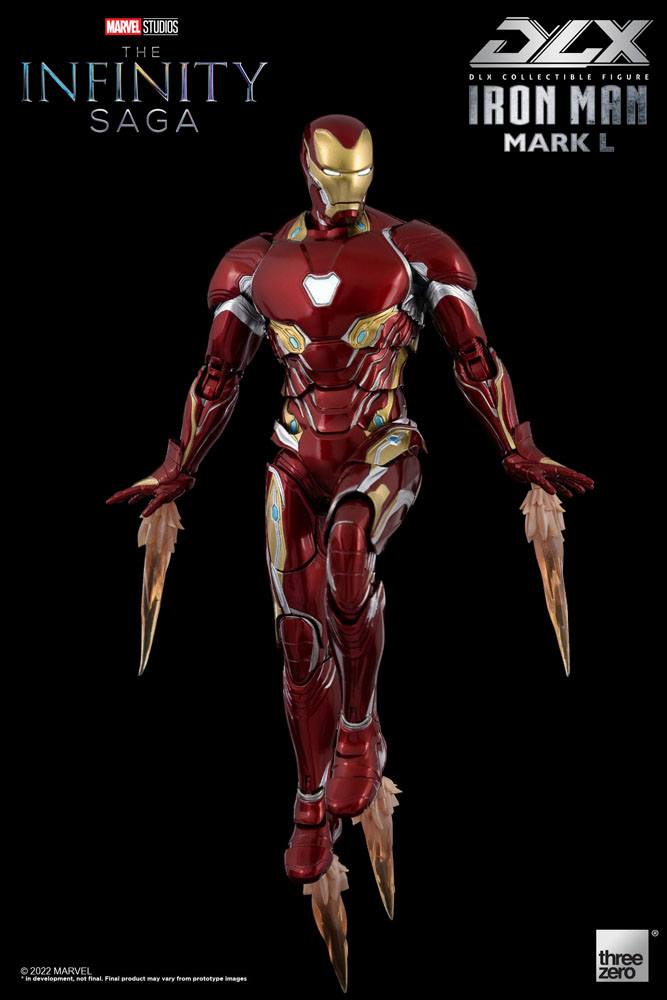 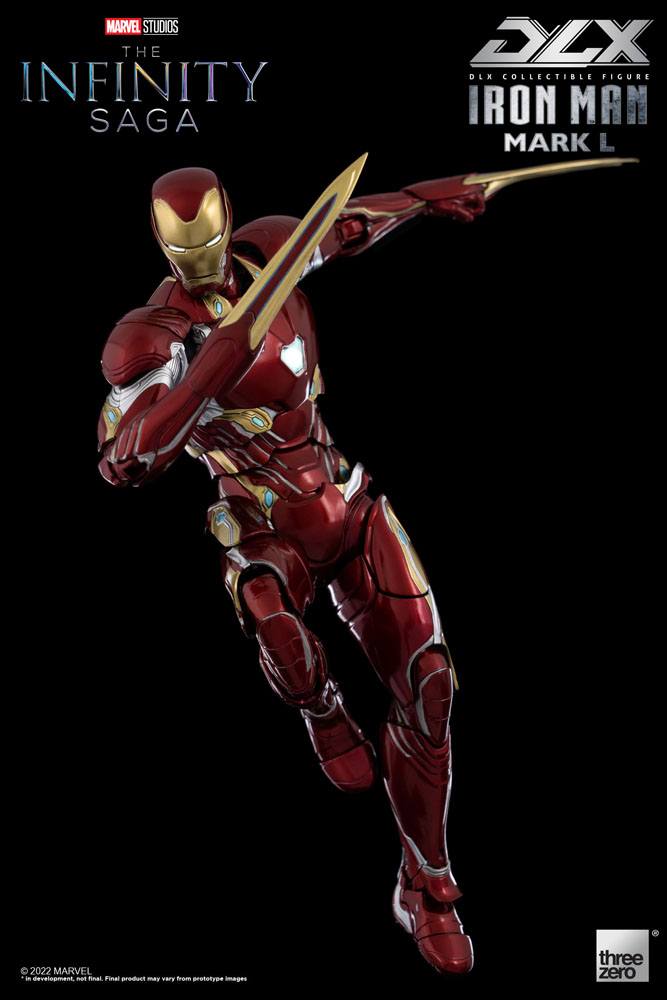 threezero and Marvel Studios are excited to present the DLX Iron Man Mark 50 as the next figure in the Marvel DLX series. It adopts the classic colors of red and gold and with the multi-layer coating process, and highly replicates the design of nanotechnology suit that appeared in Marvel Studios' Avengers: Infinity War.

This fully-articulated collectible figure stands approximately at 6.9" (~17.5cm) tall and is constructed of threezero's renown DLX die-cast system with 48 points of articulation. Included with this product for the first time are the new nanotech melee weapons from the movie, the Nano-Katar and Energy Blade. Detailed structural engineering and exquisite design enable the figure to depict a variety of action poses while maintaining a realistic appearance.

LED lighting functions are located on the chest and the eyes, and the two flight panels on the back can flip to open and closed. Additional equipment and accessories include five pairs of interchangeable hands, effect parts for shooting and flight poses, and a DLX action stand; allowing for a wide variety of display possibilities!