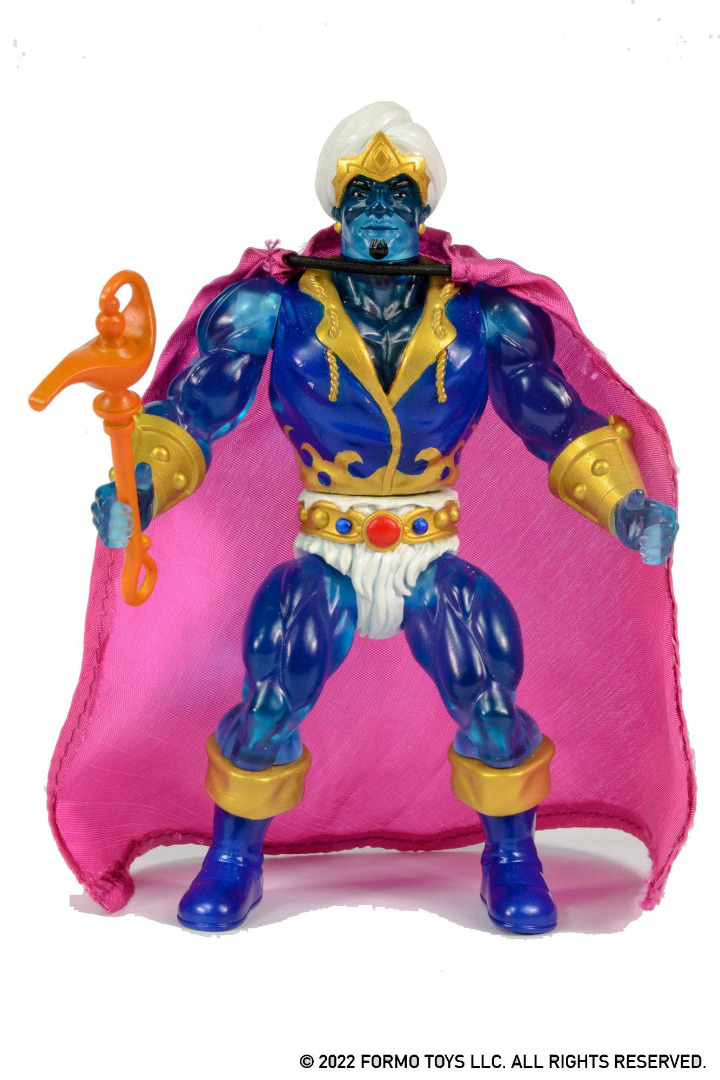 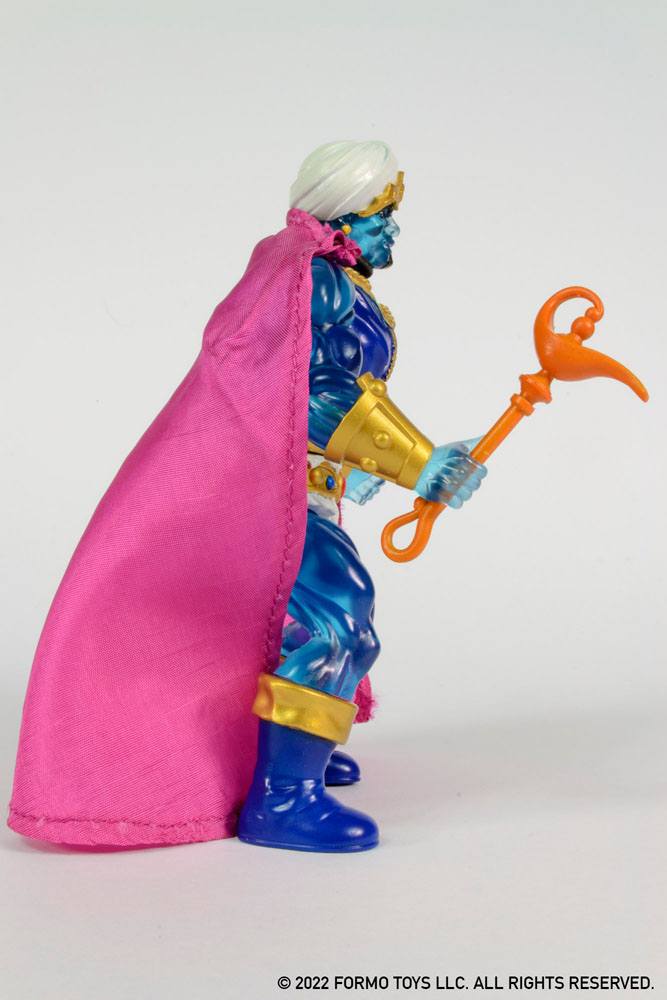 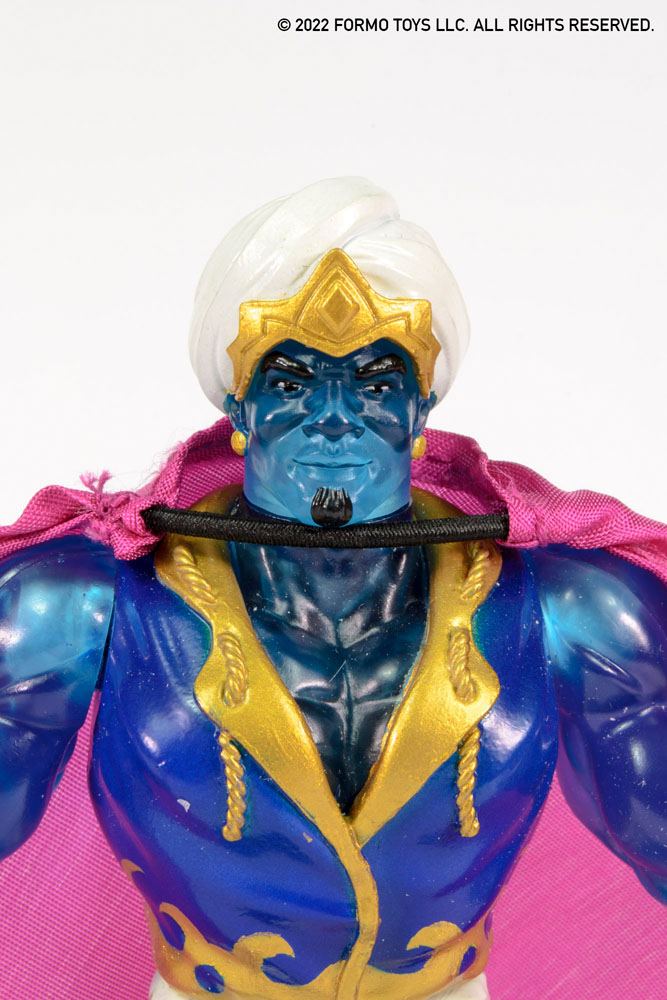 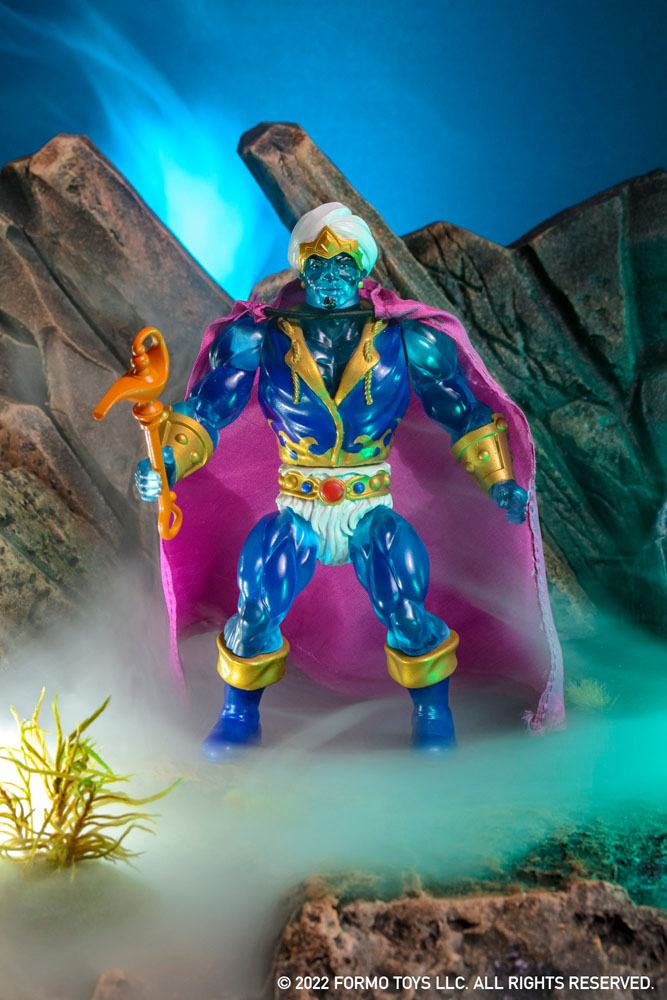 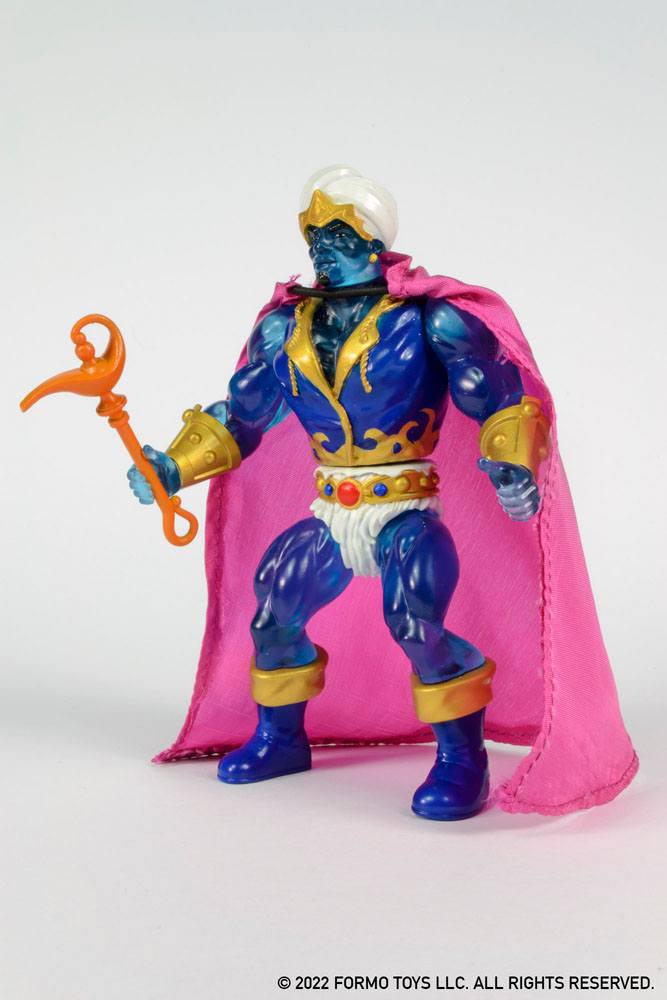 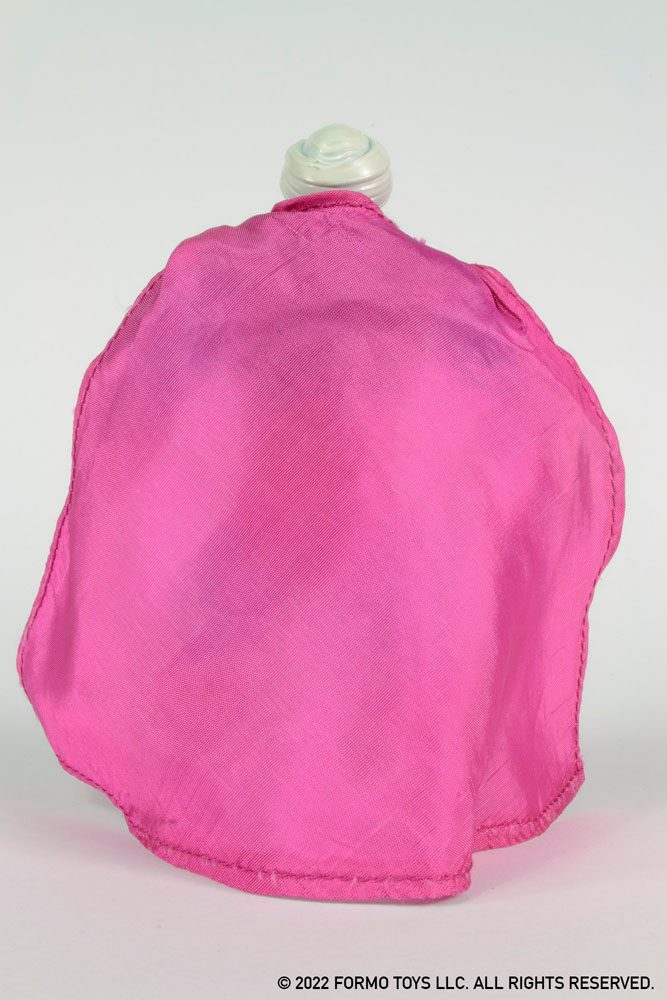 Legends of Dragonore is a new and exciting line of 5.5" action figures designed to look like those found in the toy isles and toy chests of the 1980s. When action figures were simpler... yet full of creativity and fun!

The first wave is entitled The Beginning and will include six figures. Each of the first 6 figures in the line also comes with one or more pieces of our first Divine Armor of Power figure. By collecting the entire wave, customers will be able to put together this special figure not available separately. The Divine Armor of Power figure is completely compatible with the other figures' joints.

Weapons of choice: Staff of Light

Story: Of the many magical beings observed, the Jinn of Light is one the most ancient and mysterious. Ka-Rem claims to herald from Al Ab Enoh, but this name cannot be located within any ancient texts detailing the countless worlds and dimensions. It is probable that this information pre-dates existence itself or has simply been lost within the sands of time. Yet, Ka-Rem is almost like a child. He is playful and caring, whilst also being stubborn and temperamental. Ka-Rem's relationship with his Staff of Light remains unclear, as does the true scope of his powers. We know his third eye can lead the way between dimensions, but it can also see into the heart of those he encounters.