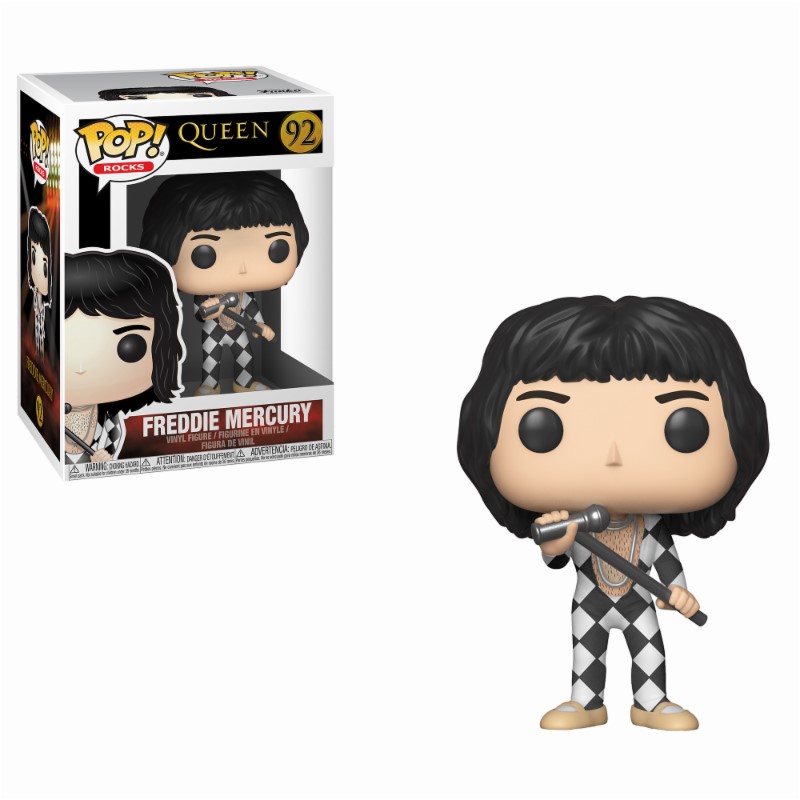 Relive the magic and wonder of the British rock band that gifted the world ''Bohemian Rhapsody,'' ''We Will Rock You,'' ''We Are the Champions'' and ''Another One Bites the Dust,'' among many other songs. A Freddie Mercury Pop! pays homage to the singer and pianist's flamboyant style with his black and white harlequin jumpsuit. If you were a fan of Queen's 1986 performance at Wembley Stadium in London you'll love the Freddie Mercury. Pop! wearing Mercury's white suit and vibrant yellow jacket. Fans of Roger Taylor's percussive genius will consider his Pop! a must-have item. Little known fact: Lead guitarist Brian May is also an astrophysicist. Bring his stellar Pop! home. Bass guitarist John Deacon rounds out the quartet. All Pop!s stand around 9.5 cm tall. Packed in an illustrated window box.

Funko POP! My Hero Academia S3 - All For One Vinyl Figure 10 cm