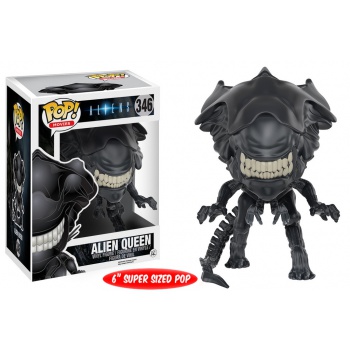 Until now fans of THE great, modern, movie monster film ‘Alien’ have been only able to collect the original Alien film POP but at last the range expands with 2 new figures from the ‘Aliens’ sequel. These new figures feature Ellen Ripley armed with her Pulse Rifle in search of Xenomorph enemies, and an amazing 6 inch Alien Queen from the climactic scene of the film. We absolutely love the films and these figures go top of our fanboy must haves!! The Alien Queen POP! vinyl figure stands around 15 cm tall. Packed in an illustrated window box.

How I Met Your Mother POP! TV Vinyl Figure Barney in Suit 9 cm

Back to the Future POP! Vinyl Figure Marty in Future Outfit 10 cm