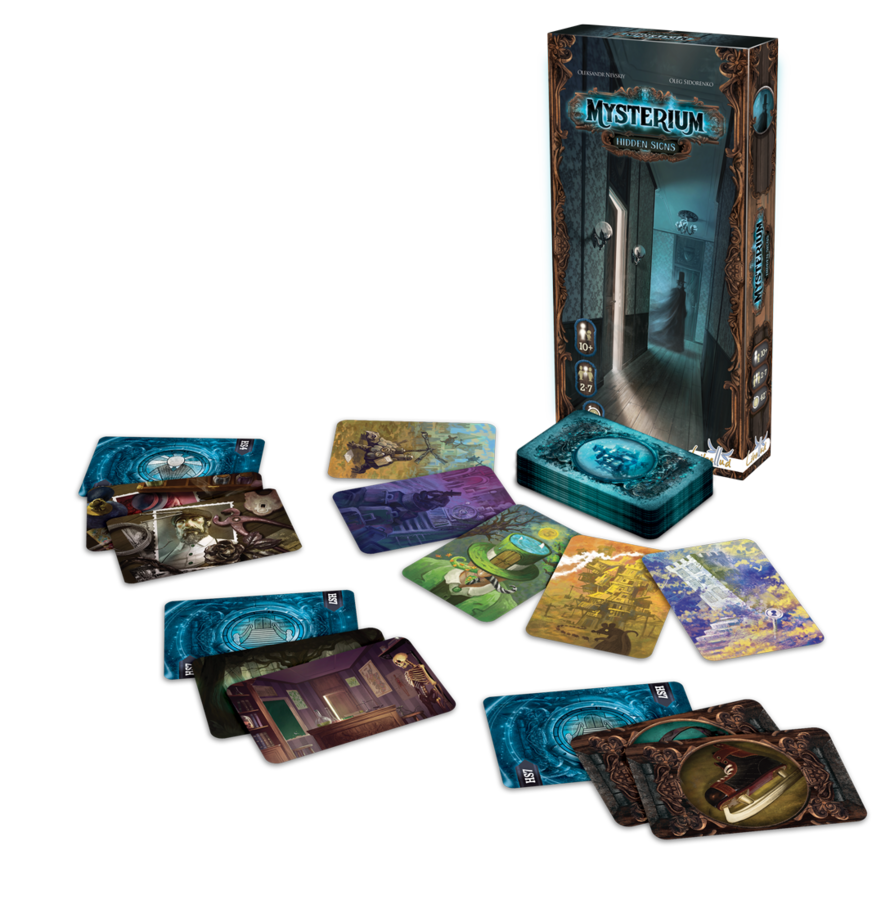 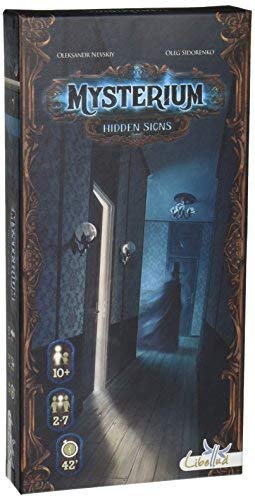 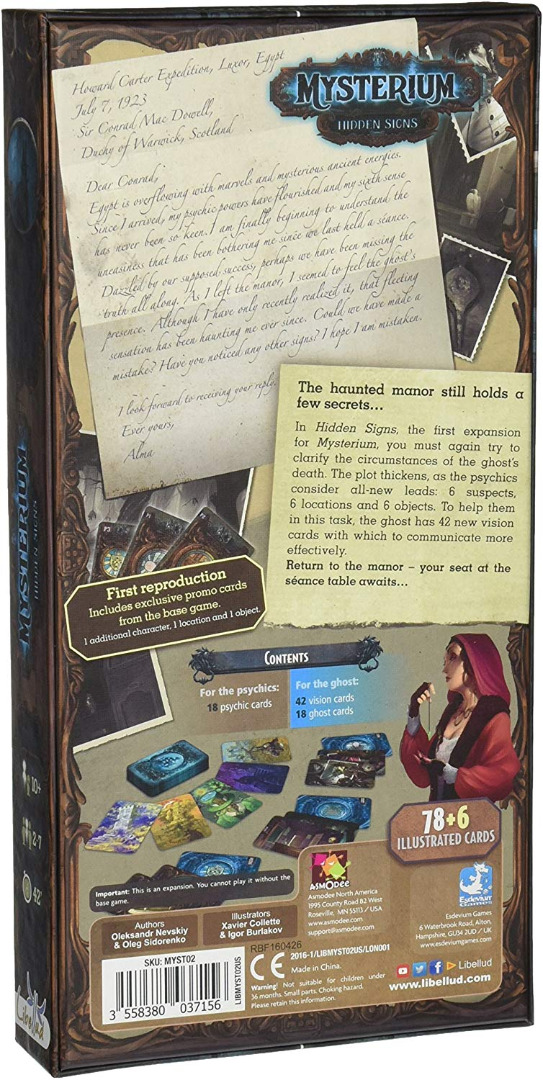 A semblance normality returned to Warwick manor in the period following the Grand Séance last Samhain night. In recent months,however, the ghost
has begun to manifest again , disturbing the peace. Its presence has become stronger, and the manor’s owner and professional astrologist Conrad Mac
Dowell is convinced that the ghost is seeking to pass on another message. Could the psychics have been mistaken ?

Still unable to speak, the ghost intends to communicate new telepathic visions to the psychics. Might the presence of other suspects in the manor cast
doubt over their findings regarding the circumstances of the ghost’s death (who killed him, where and how?). The only way forward is for the psychics
to gather for another investigative séance.

Mysterium, the asymmetric, cooperative mystery-solving game is back with its first expansion: Mysterium Hidden Signs. This expansion includes 7 new
characters, 7 locations and 7 objects* enabling multiple new game configurations. The ghost has 42 new vision cards with which to communicate.